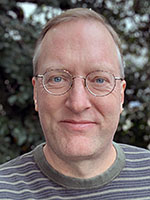 Excited to have my 2nd puzzle published in the New York Times! This puzzle started simply by brainstorming phrases that ended in types of investments. The idea of cluing them as punny investments for different professions was there from the beginning. Initially, I had ATOMIC BOND until Googling uncovered that the accurate term is IONIC BOND. Who knew? I apologize to my high school science teachers.

I also started with OLYMPIC GOLD (the too-obvious "Investment for Gymnasts?") and JOHNNY CASH (the groan-inducing "Investment for Plumbers?"). I was planning on having five theme answers and no revealer but eventually stumbled onto WORK PORTFOLIO, which also allowed me to get rid of the CASH answer. With IONIC BOND/BEEF STOCK matched at nine letters, I struggled for a while to come up with a ten-letter phrase to pair with the stronger COMEDY GOLD answer. I finally hit on MENU OPTION, which with its clue, is the weakest theme answer, but I felt was acceptable.

This is the third puzzle I submitted to the New York Times, and it was initially rejected. While the editors liked the theme, the fill had a lot of issues — obscure abbreviations, awkward phrases. Looking back, I would not submit that puzzle today; it's pretty tragic.

A couple of months later, with some additional constructing experience, I revisited the puzzle. I started by redoing the grid, and things came together when I opened up the center and connected the three central theme answers with EL TRAIN. That seemed to free up the corners for better fill options. One thing I learned on this puzzle was the importance of trying different grid designs to see which fills best.

My name is Carl Larson, I'm 56, retired and living in Studio City, California. When working, I was an electrical engineer and marketing manager in the computer industry. I'm very excited to have one of my crossword puzzles published for the first time in the New York Times!

I've been doing puzzles for as long as I can remember. I was a Games Magazine early adopter, sneaking in puzzle solving during high school classes. I've been doing the New York Times crossword for nearly as long, and have fond memories of sitting in the back of math class with a friend trying to finish the Sunday puzzle each week to the annoyance of our teacher. Win-win.

Near the end of 2018, I decided that getting a crossword puzzle accepted for publication in the New York Times would be a 2019 goal and bucket list item. I had toyed with crossword construction a couple of times in the past but was daunted by the difficulty of hand constructing. Today's crossword constructing software and online databases ease the task.

Today's puzzle was my 5th submission, and it was accepted for publication in May 2019. I came up with the idea when I was browsing through XWord Info for inspiration. Specifically, I was looking through the list of past puzzles with circled or shaded squares thinking about constructing a puzzle with one of those elements. I noticed that 3x2 blocks of circles had not been used in many puzzles. It occurred to me that a 3x2 block of circles looked like a six-pack of cans viewed from above, and a theme idea was born. As it turns out, there were plenty of 6 letter beer brands to choose from. STROHS, MODELO, LABATT, PERONI, MOLSON, and BUDICE were left in the cooler.

I'm guessing that Jeff will enjoy my puzzle. I know from reading his notes that he gets a kick out of pointing out when different constructors come up with the same theme. Today he gets to do it with one of his puzzles. Back on June 24th, 2019, Jeff and his co-constructor Ari Richter, scooped me with a Universal puzzle with a very similar six-pack theme, including 3 of the 4 brands I used. Doh! I enjoyed Jeff and Ari's added level to their puzzle with the JOE SIX PACK revealer and JOE-related theme entries passing through the six-packs in their grid.