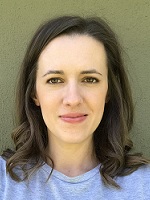 ERIK: Grateful to Caitlin, one of the greats, for the opportunity to collaborate! She's responsible for most of this grid, including that bottom-left corner where I just could not find a good fill, and also many of the standout clues (e.g. 1-Across, 61-Across, 12-Down, 29-Down). I'm also thankful to the NYT team for adding a Rihanna reference at 11-Down — love to see it!

CAITLIN: You'd have to be a fool to pass up an opportunity to work with Erik, and I ain't no fool! It is always my great pleasure to work with and learn from him. Erik is such a master at writing clues, turning even the most usual fill like 50-Across into something fresh and clever. A lot of his other clues were softened up for this Friday offering, but rest assured they were likewise brilliant. I also loved the editing team's sneaky misdirection at 39-Down. I hope the fun we had in making this puzzle together translates into an enjoyable solve!

My husband is not an avid crossword solver (yet!), but he is a through and through soccer superfan. I like to think he helped inspire this puzzle, and perhaps this puzzle will encourage him to dip his toes in the "crossworld" waters. Although it might be cruel to give him a rebus puzzle right off the bat!

As usual, there were tradeoffs between fun entries and the gluey bits they often require. I was happy to work in a few bonuses like ESKIMO KISS despite the theme constraints. Though I was a little bummed to see that my original clue for it ("Rub one's nose in it?") was changed, I love the editing team's "Knockoff of a Greek sculpture?" for ARM and for the overall polish that they always lend to my puzzles. Thank you Will and Co.!

I hope everyone is well and that this puzzle is a respite in these times. Enjoy!

I'm always elated to have a puzzle in The Times, and this one is certainly no exception. Moreover, I'm delighted and honored to be included in this celebration of women constructors.

As for the puzzle itself — this one was a long time in the making! I think I began with the grid-spanner and had the top half of the grid for months before settling on the rest. Sometimes when I'm struggling with a particular section of a puzzle, I'll try setting it aside for a while and revisiting it (sometimes much!) later. Such is the case here, and when I did finally take another crack at it, the bottom stack very easily took shape. I have no idea why that works, just that it sometimes does! And go figure, I think that area ended up being one of my favorites in the puzzle.

I thought that "Help to set the scene" clue was pretty cute, and I was glad to see the editing team kept it. I've also been wanting to sneak in a "small arms" clue, groaner as it may be, for T-REX for a while now — happy to see that one made the cut too. On the other hand, I'm never happy to have to include awkward plurals like ADOS and MIROS and the partial-ish INON and HADIT, but you win some, you lose some. Above all, I hope it makes for a fun solve!

Let me start by saying that I'm thrilled to have another puzzle in The Times — and my first Sunday no less! As mentioned in Will's blurb, my inspiration for this theme began with 89-Across. Someone mentioned the (base) phrase in passing, and for some reason my mind went to the silliness of a plumber without a plunger. Then I was off to find other phrases that fit the bill.

Since I knew an "add-a-letter" theme wasn't breaking any molds, I really tried to include theme phrases that were transformed in amusing or unexpected ways. I hope I succeeded and that you enjoy the solve.

I am thrilled and humbled to have my first NYT themeless published! The quality of themelesses here sometimes seems like an impossibly high standard to meet, and indeed the first iteration of this puzzle wasn't up to snuff! But after reading the encouraging notes from the editing team, I was tempted to revive this puzzle into what you see today.

The crossword gods smiled upon me — I was able to find another (much livelier) entry at 33-Across that enabled me to keep the top half of the puzzle relatively unchanged and fill the bottom portion with a lot more fun stuff. I'm also pleasantly surprised to see many of my clues passed muster (my favorites probably being 18- and 33-Across and 35-Down).

I hope you enjoy the solve!

My children were certainly not immune to fidget spinner fever! It got me wondering whether anyone had squeezed the term into a puzzle yet, and luckily, no one had. After failing to come up with some sort of toy fad theme, I thought about a fishing spinner and how it'd be silly to clue a fidget spinner as a lure to catch an antsy fish. Then I was off to find three other phrases unrelated to fishing but containing a fishing term at the end that could be clued in a similarly facetious way.

Originally, I did indeed clue the theme entries that way, but thankfully Will and the crew suggested we give straightforward clues to the themers and add the fish revealer (some of the puns were pretty groan-worthy!). Of course this improved the puzzle by leaps and bounds, and I really like the outcome. I hope you do too!

Hello fellow crossword enthusiasts! It'd be an understatement to say I'm positively thrilled about making my debut in the New York Times (or anywhere for that matter!). A life-long lover of solving crosswords, I decided last year to try my hand at making them in any spare time I could muster as a stay-at-home mom of four young children. What began as a personal challenge has become a full-blown passion, and I don't think I'll tire of this any time soon.

As a solver, I especially love the extra gimmicks in the Thursday puzzles, and I was inspired to try something fun with the black blocks (although in this case it was only one!). DEAD CENTER popped into my head, and after making sure the idea hadn't already been done, I was off. And, as a side note, this avid Beatles fan was tickled to include LENNON in the puzzle.

Of course, many thanks to Will and the NYT editing team for their patience with me as I learn the ropes, and especially Sam Ezersky who helped me to really make the fill shine. I hope you enjoy the solve as much as I enjoyed the construction!