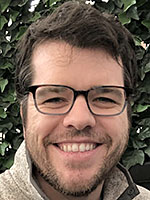 I've seen a lot of crosswords based on "people whose last name are (some category of thing)." I even remembered two with CLARICE STARLING (the one Chris mentioned plus another) — my stupid long-term memory ruining crosswords for me.

Amazing that there are so many LADY BIRDs, i.e., females with last names that double as a bird. Whoda thunk it? I didn't immediately recognize SIGOURNEY WEAVER as a bird, but the rest are strong.

Ah, APOLUNE. I remember when Kevin Der used that in an ACPT puzzle, and I swore something was seriously wrong with the answer key. It's funny that it hardly registers as esoteric now that I've processed and seen it a couple of times more now. As a constructor, it's useful to remember and internalize one's own initial reactions, as other solvers could have the same unpleasant feeling of "that HAS to be wrong."

Overall, I like the application of the tight LADY BIRD concept to the tried and true theme type of "people whose last names are X." Neat that there are so many examples, too, and that the puzzle featured so many memorable women! However, those elements weren't enough to keep my attention for an entire 21x21 puzzle. It'd have been much better to downsize this to a 15x15 weekday — maybe focusing on just real people or just fictional characters. The straightforward concept would have felt much more powerful that way.