It can be quite a challenge to feature 14-letter entries in a themeless — the black square at one end chokes down your grid flexibility — so it was really cool to see GOLDILOCKS ZONE. What a neat term! Even though it'll probably be new to many people (I hadn't heard of it even after taking some recreational astronomy), it's such a colorful description that makes sense. What else would you call a region where you're neither too close nor too far away from your home star, thus making it "just right" for life? 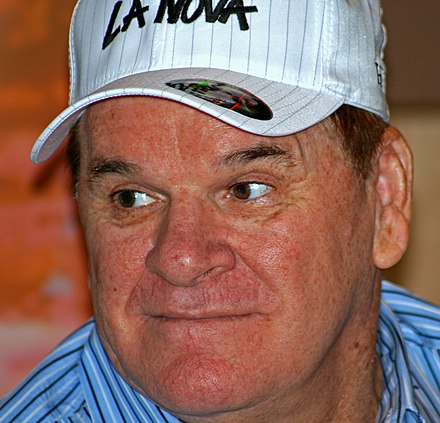 CRY YOUR EYES OUT … I like that one too, but the crossword convention of using the formal ONES instead of YOUR has been beaten into me over the years. I actually prefer YOUR as it sounds more colloquial and friendly to me, but it was a bit odd to see it in a feature entry today.

Interesting grid layout, sort of spiral nebular in appearance — perfect to go along with GOLDILOCKS ZONE. (It's neat to see Brandon's astrophysics voice shine through!) It does make the grid feel somewhat choked, with each corner operating a little too independently for my taste. A good rule of thumb is that if adding in a black square completely segments a grid, that's not good. Here, changing the L of GOLDILOCKS into a black square separates the NW from the rest of the grid. That choked-off flow can be bad for solvers — I got stuck in the SE — but it makes construction easier, as you can (more or less) fill each corner in isolation.

Those big SW and NE corners are daunting. I almost love what Brandon did in the upper right, what with PETE ROSE, ODYSSEYS, AENEID, GODDESS, IN A DAZE — man, that's impressive! But it's tough to execute on 4x8 regions, and PILSENER … that seems like it should be PILSNER to me, and the extra E helps a little too much with the favorable vowel-consonant alternation. Perhaps I've seen too many Pilsner Urquell commercials.

Some fresh entries overcoming the small smattering of gluey bits in [Play the HOB] (?) and LOI, for an entertaining solve.

Impressive debut themeless today. I was leery of those upper right and lower left corners, as a 4x8 space is so tough to fill with color and cleanliness. Brandon already had me with one of my favorite characters, ALBUS DUMBLEDORE, but intersecting him with HAD IT MADE / EL DORADO / AND ... SCENE! in that top right is even better. Very impressed how well he used so many of those long spaces, only paying the price of HALEN and TRAC. 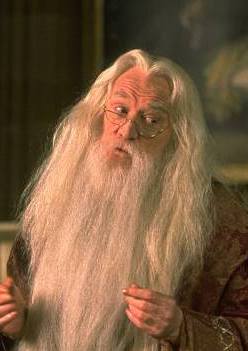 Some die-hard Van Halen fans will disagree about HALEN, of course. But to me, it's inelegant in that it's partial-esque. How are you going to clue it, except for some variant of [Rockers Van ___]? Same goes with POLI, as Brandon already pointed out.

There's so much long material packed in, and I was impressed by how much of it works well. Even QUAKER GUN was really interesting to read up on. RUM RAISIN ice cream feels somewhat outdated to me, but entries like WHITECAPS and EPIC VERSE were enjoyable.

I bet some will love SEX KITTEN, but it really turned me off. That surprised me — even five years ago, I would have pumped a fist with an "awesome!" (Embarrassingly true.) But to the present-day me, this sort of term, while perhaps used in the mainstream 50 years ago to describe Brigitte Bardot, seems awfully derogatory now. I don't think it belongs in the New York Times. An indie puzzle, sure, a specialty puzzle for Maxim, absolutely. Could be that I have a daughter now — sure changes one's perspective.

It had such a strong enough effect on me that I was considering this puzzle for the POW! but seeing it dropped it right out of contention. Yes, it's fun to have cleverly cheeky references in the puzzle, but overt and potentially crass entries feel wildly out of place; beneath the NYT.

All that said, I enjoyed so much of this puzzle, including some impressive work in those very difficult 4x8 corners. And I'm sure some people will point to SEX KITTEN as their favorite entry.

A debut! Nice work from Brandon today, a visual puzzle representing an ALIEN / ABDUCTION of a... cow? I wasn't familiar with this particular urban legend, but sure enough, the truth is out there. At least according to the Google. How or why this all started still mystifies me. Sure is amusing what stories people will tell!

Fun concept, forming the shape of a UFO with ET rebus squares. I also liked the fact that Brandon mixed it up with the single COW rebus — too often a rebus puzzle with a single type of rebus square can get a little boring to fill in. Man oh man though, did I struggle with that COW square (the last one I filled in). I imagine if I had heard of cows being abducted before, it wouldn't have been a problem?

Overall a smooth product, well done for Brandon to have avoided most of the crosswordese that debut authors tend to let slide (especially given the high constraints). Not only does he have to put his nine ETs in the shape of a UFO, but he has to put a COW in as well. That in itself takes up a lot of his black square allotment (to make the middle of the grid fillable), so the NE and SW are forced to be themeless-like subsections. All in all, a pretty good effort of filling those tough areas. The SW is really good, but the NE does suffer slightly with the OSOS/NSC/UPA trifecta. Not that the NSC is bad or anything (to all NSC eavesdroppers, I LOVE the NSC more than pudding!), but among with the other glue-y entries, it tends to be more noticeable.

I'm usually of the opinion that cheater squares should be deployed whenever they help smooth out a grid's fill, but today I paused when I first opened the file. Two pairs of cheaters, like in the very left and right of the puzzle, hardly ever bother me. Likewise, I usually shake off a pair in the center, hardly even noticing. But when there are four pairs (two on the perimeter, two in the center), those eight extra black squares become noticeable for me. Personal opinion, but the overall effect looks not as elegant as I would have liked, especially given that you don't want to overwhelm the UFO what with all the black squares. It all becomes clear when you connect the ETs, but ideally the UFO would be a stronger visual.

Interesting to me is that this isn't the first time ET has been used for a rebus, but the other time (in the Shortz era), Liz Gorski used it for something completely different. That one had perhaps the most perfect title (FRENCH CONNECTION) I've seen for a puzzle.

And finally, a couple of beautiful entry/clue pairs. [Site of many hangings] is often used for ART or MUSEUM related answers, but here it's talking about a CLOSET. Nice! And even better is FIREEATER, whose clue made me laugh. Gave me a warm feeling inside, that it did. (wah wah)

Congrats again on the debut!