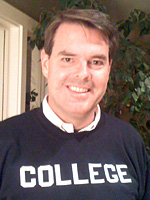 The idea for this theme came to me when I was solving another crossword and noticed that the word "east" was hidden in the center of ADELE ASTAIRE. I found it surprisingly difficult to find other suitable theme entries meeting this criterion. I was on the fence whether to include the two theme entries across the middle of the grid — they are outliers both in terms of length and consistency (E-A-S-T in the answer is pronounced as "east," and it does not break across two words). In the end, I decided the puzzle was better with them than without them.

My favorite part of constructing puzzles is cluing. In researching ways in which an entry might be clued, you pick up a lot of interesting information. Two of my favorites in this puzzle are 3-Down (WANG) and 46-Down (PAC MAN). On 3-Down, I expect some solvers were looking for a five letter answer (APPLE). And the limitation in 46-Down's clue exists because the game implodes at level 256 (binary 0001 0000 0000). The game's level register has only eight bits, and the software does not make allowance for going beyond level 255 (binary 1111 1111).

The germ for this theme was MUCKETY-MUCK, which I thought was an interesting entry to build a theme around. In sorting through the possibilities, I landed with an M&M vowel progression theme. As far as I could determine, it hadn't been done before. I found a couple of other M&M themes over the past few years, but no vowel progression. After that, the remainder of the theme answers came together fairly readily. I considered MONEY MONGER for the MO-MO entry, but ultimately decided in favor of MODEST MOUSE.