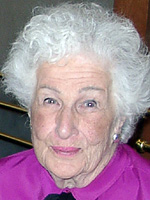 Collaborator: David Steinberg
Alternate name for this constructor:
B. Gordon

★ Beautiful puzzle today, almost exactly what I hope for on a Monday. The theme is pretty straightforward — a "H?LL" vowel progression — but it's executed in an elegant way. As David noted, I appreciated the consistency of having each of the themers be a single word. Additionally, so many of them are snappy, words that I wouldn't hesitate to use as fill. HALLELUJAH and HULLABALOO in particular are fun.

Sometimes I wonder what might be considered offensive to certain populations. I had a slight hitch when I saw HILLBILLY — I use the term myself, but it'll be interesting to see if Will gets complaints from people in rural areas. It's been used in other papers before, but this will be the first instance in the NYT. I've had similar thoughts about COMMIE as well. Interesting to think about the seemingly harmless words that carry potentially derogatory meanings.

The grid is near flawless. I worried at first that there wouldn't be as much zing as I usually like to see, because there aren't many long spaces for fill. But David and Bernice take good advantage of the 7's, spreading CATCH ON, I MADE IT, OLD CHAP, and TEE SHOT into the four corners. I love that they didn't try to shoehorn too much into any one corner, because that's often why glue-y fill becomes necessary. This grid is so incredibly smooth. Perhaps the only entry that people might point to is... ELL? But even though I don't hear ELL in everyday usage, it's a real word, so I don't think that's a fair criticism.

It tickles me to see David and Bernice's photos together. So neat to see the different generations work together.

Bernice's 100th NYT crossword in our database! How appropriate for her recent 100th birthday, yes? She actually has more than 140 NYT puzzles, a fact not reflected in our database since David Steinberg's Pre-Shortzian Puzzle Project is only back to 1979 so far. I'd love a chance to pick her brain when it comes to secrets of longevity, as I personally have a goal to set the world record for the 400m run in the 95 and older category (currently 2:17.45).

What, that seems like a weird goal? Don't get me started on all the other strange goals I have...

Anyway, nice Wednesday, consisting of four long answers ending with a homonym of a single letter (AFTERNOON T, for example) plus two bonus theme answers smack dab in the middle (ONLY U and WELL G!). Bernice uses the "pinwheel" construction (look at how the four longest answers are arranged) but adds a layer of difficulty with those two extra themers. Typically I think it's inelegant to have short theme answers hidden like this, because they're not the longest entries in the puzzle or don't have asterisks to distinguish them, but the theme concept was easy enough that I thought it was fair, even lending a positive "added bonus" feel. GEOGRAPHY B did throw me off since spelling bees seem to be much more common (or at least get more media coverage), but it's a fair term.

Nice job balancing the usual trade-off of snazziness vs. cleanness in the fill. I love that Bernice includes OMG (I'm very curious if she's ever used it), and SHOEBOX / LIPSYNCS / VOLTAIRE / CAPE HORN add a lot of zing to the puzzle. I did notice the COS / ON IN / OSIER type entries during my solve, though. Adding the two middle themers added constraints, so it's not a surprise to see a smattering of subpar entries.

It's great to see the diversity within the constructor community, each person bringing something different to the table. Here's to 100 more, Bernice! (both puzzles and years)