Sticking to an established themeless genre is a sensible way for many themeless constructors to get started. I appreciate that August took the "stair stack" pattern two steps higher, going to five long answers in the middle, not just three. Fun for the baseball fans out there to get SPLITTERS atop STRIKE ONE, and ALL ABOARD, TRUE CRIME, and FAIR SHAKE all evoke vivid imagery. That's an impressive quintet anchoring the puzzle. 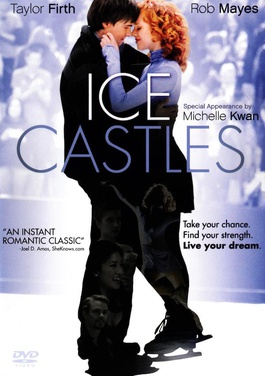 I also appreciate that August didn't stand pat but worked hard to thread ICE CASTLES and TEAM EVENTS through the stair stack. Such a beautiful way to connect to the puzzle's outskirts.

I found myself wanting more juice out of the corners. It's tough to fill a 7x4 swath like the NW, and when you have ICE CASTLES fencing it in and CLAUDE MONET running through it, there's not much flexibility left. All the entries work, but SEA DUTY isn't going to win any awards, and Ron ELY's days in the spotlight are long passed.

I studied the grid skeleton for a long time, wondering if there were some way to open up a few more long slots in the corners, perhaps by making the NW / SE corners narrower and thus easier to spice up. Not an easy task, but I think at least one more slot might be possible in the lower left corner.

Excellent job with the cluing; so many Saturday-hard clever clues. I counted about five, and they all sizzled. I couldn't decide which one I enjoyed most, from a LOLLIPOP being "stick-y" (referring to its stick), or [Scales up?] pointing at the LIBRA sign in the sky, or the innocent [More than discouraged]. I was so sure that was something along like the lines of DESPONDENT, but it meant the ILLEGAL sense.

Enjoyable debut. I like seeing new constructors with ambition.