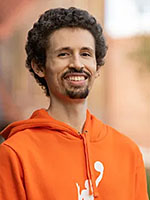 Erik Agard, 25, is a professional puzzlemaker from Gaithersburg, Md. He mentors new crossword constructors from underrepresented groups, especially women and minorities, via a crossword puzzle collaboration page on Facebook.

This is his ninth Times crossword so far for 2019 — the most of any contributor.

Jeff Chen notes:
Riffing on Will's note, it looks like Erik's going to be the most published person in the NYT crossword this year. For years, there was a heated battle for that title, between old guarders ... read more

Riffing on Will's note, it looks like Erik's going to be the most published person in the NYT crossword this year. For years, there was a heated battle for that title, between old guarders Manny Nosowsky, Patrick Berry, Liz Gorski, Nancy Salomon, and more. It's amazing to see how long Patrick was in the running year after year – almost two decades! 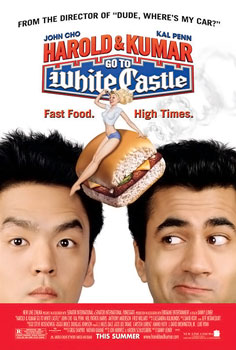 Then came this Steinberg guy. And that funny-looking Chen dude. It even looked like C.C. Burnikel might take the title at one point.

But then came Agard. En garde!

He's swept in like a force of nature. It looks like the crossworld will be his for as long as he wants it. Astonshing output.

Sunday puzzles as of late haven't been inspiring, so I appreciated Erik's breath of not-so-fresh air today. Here in Seattle, where pot shops are vying with coffee places for retail dominance, pot terms abound. I once made a pot-related crossword myself (unfortunately, for the now-defunct Buzzfeed crossword.)

What I like so much about this one is that there's a limited number of pot-related terms — it's hard enough to come up with enough theme phrases, period. Then you tighten things up by forcing yourself to make all the themers relate to each other? That's a bit of magic there.

Not all the themers were as pot-specific as I would have liked – PUFF, SMOKE, and ROLLING are more general than POT, JOINT, BAKED – but it all works.

I also liked that Erik kept the grid at 140 words, making for an easyish fill to go with his easyish theme. I did struggle with NOSRAT, even after having seen "Salt Fat Acid Heat." An easier clue for UTES would be appreciated, but other than that, the crossings seemed fair.

Along with a couple of strong clues – I like Princess LEIA quotes, and TWA inside of "jetway" is a fun find – and some great bonuses in OFF THE GRID, KEGSTANDS, FLOOR MODEL, even MODESTY, it made for a pleasant solving experience.

I did feel a strong urge to get me some White Castle as I solved, though …

Answer summary: 16 unique to this puzzle, 3 unique to Shortz Era but used previously.

This puzzle has 16 unique answer words.

These 57 answer words are not legal Scrabble™ entries, which sometimes means they are interesting: