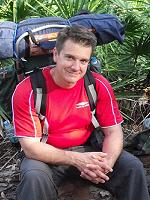 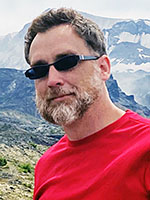 Rows: 15, Columns: 15 Words: 72, Blocks: 32 Missing: {FKXZ} This is puzzle # 13 for Mr. Guzzetta. This is puzzle # 7 for Mr. Hawkins. NYT links: Across Lite PDF
Constructor notes:
JOHN: This was a fun puzzle to make with Mike! I think you see our diverse interests come through in various places — a little ... read more

JOHN: This was a fun puzzle to make with Mike! I think you see our diverse interests come through in various places — a little food here, a little math there, a movie or two. The last corner to fall was the NW, where we were completely stuck until we found something new to fit the ??????TOR pattern. I may or may not be a fast food fan, but BACONATOR certainly is a fun word, and allowed us to sneak in yet another pop culture icon with AUNT MAY.

We noticed that Will and Joel changed PBS/PELLA to BBS/BELLA; and fixed our unintentional dupe of DEAD SET ON at 13-Down and SET at 58-Across by changing PARTY to PARCH at 47-Down. How did we miss that?

MIKE: No idea, I guess that's why there are editors. They also reworked most of our clues, I suspect to make the puzzle a bit easier for those lacking intimate knowledge of the Star Wars, Marvel, and Wendy Universes. VOLUNTOLD is the portmanteau that brought us together but didn't make the cut in our last collaboration. I've heard it used at two different workplaces, but I hope it's inferable for those unfamiliar with the term.

Jeff Chen notes:
Mike was over at my place for a beer a few weeks back, and he shared with me an enviable fact: he and John are around 75% in terms of ... read more

Mike was over at my place for a beer a few weeks back, and he shared with me an enviable fact: he and John are around 75% in terms of themeless acceptances. Considering Will once told me there's only one person who's sustained an acceptance rate over 40-50%, that's fantastic.

(The person is Patrick Berry of course, at around 90%.)

So what's their secret? Sending money directly to me, in stacks of large, unmarked bills. You can do it too!

Well, that, and working only with 70- or 72-word grids, focusing all their effort toward getting the four corners packed with juicy, clean fill. Middle of the puzzle be damned!

Of course, this is easier said than done. Creating a single triple-stacked corner with great entries and smooth fill is hard enough. Finishing a grid with four of them is a tough task.

I loved the lower right, AS EASY AS PIE for me since I'm a huge IDRIS ELBA and basketball fan. What a great clue for MIAMI HEAT too — I usually don't think about what logos actually are. Cool flaming (basket)ball.

Mike said VOLUNTOLD was one of their seeds. That one didn't do much for me, as 1.) I hadn't heard of it, and 2.) found it hard to believe people would say something so silly-sounding. It could easily be a TRYHARD situation, where I pooh-poohed that entry at first, and now I've heard all sorts of people (much younger than me) say it. Hmm.

INSATIATE in that same corner … I tried to plunk in "insatiable" and was confused why it didn't fit. Hmm again. INSATIATE is in the dictionary, though I doubt I'll ever use it.

ALEPH NULL was another curious one. I love math, having read a ton of Martin Gardner's work in rec math. But ALPEH NULL was tough to piece together, and it took a while to figure out what it meant (stupid complicated Wikipedia article!). I wonder how this entry will strike non-math fans.

In that same corner, John got worried that they had gotten scooped on MALL SANTA when they were working on the grid. It is true that themelesses tend to shine on the strength of a handful of fresh feature entries. But I think that given enough time between publications, great entries can still retain their sparkle, like this one.

I did get stuck in the NW, unwilling to believe that CYCAD was a thing. I kept wondering why LTD was specific to Lucasfilm (it's not). This uberdork immediately put in THX. Sigh.

Overall, great work keeping the grid smooth and silky. If only a couple of feature entries had resonated a little better for me ...

Answer summary: 6 unique to this puzzle, 4 unique to Shortz Era but used previously.