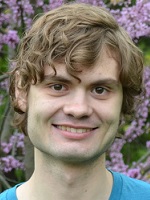 Rows: 15, Columns: 15 Words: 72, Blocks: 29 Missing: {FQ} Grid has supersymmetry. This is puzzle # 4 for Mr. Charlson. Jeff Chen's Puzzle of the Week pick. NYT links: Across Lite PDF
Trenton Charlson notes:
As I always look forward to the themeless puzzles each week, it's such a pleasure to be making my themeless debut today! I chose this ... read more

As I always look forward to the themeless puzzles each week, it's such a pleasure to be making my themeless debut today! I chose this grid in part for its pleasing symmetry, but also for its versatility. While it's true that there are no entries in the grid longer than 7 letters, the fact that there are 36 of these slots meant that I had a good amount of flexibility in placing my marquee answers. This 72-word grid also allowed me to incorporate some Scrabbly letters into lively entries without too much difficulty, and to maintain a nice grid flow throughout the puzzle while still being able to work on sections one at a time.

I started in the lower-left with CAPTCHA, which I found yielded promising letter combinations when paired with AMIRITE. The discovery that CTHULHU, another entry on my 7-letter seed list, could fit at 61-Across ended up being the key to finishing the corner, despite its delightfully odd combination of letters (not that I ever doubted the power of the Great Old One, mind you).

I did the upper-left next, seeing as ST JOHNS was one of my few choices for 24-Down. I was glad to be able to fit in DAD JOKE and NOXZEMA, as well as DNA LABS, which I think makes for a nice 1-Across, what with the interesting DN- start and Will and Joel's fantastic clue. Among other entries in the upper-right, I thought it would be cool to incorporate BJ NOVAK, in order to highlight both his great performance in The Office and the unusual opening letter sequence of BJN- (see a pattern here yet?) As it was the last to go in, filling the lower-right took the most time, but I'm pleased with how it turned out, especially with the unexpected intersection of CAKE MIX and XS AND OS at the X.

AS I SAID, it's a joy to see this puzzle in the Times— though I've since constructed several other themeless puzzles, this one might still be my favorite. Hope you enjoy solving it as much as I enjoyed creating it!

P.S. Here's a bonus puzzle: purely by happenstance, one entry ended up in a particularly appropriate location — which one?
Jeff Chen notes:
I love BJ NOVAK. He's an absolute genius! From writing for (and acting in) 'The Office,' to a book of short stories, to the most ... read more

I love BJ NOVAK. He's an absolute genius! From writing for (and acting in) "The Office," to a book of short stories, to the most hilarious (non-picture) picture book ever, this guy is brilliant. 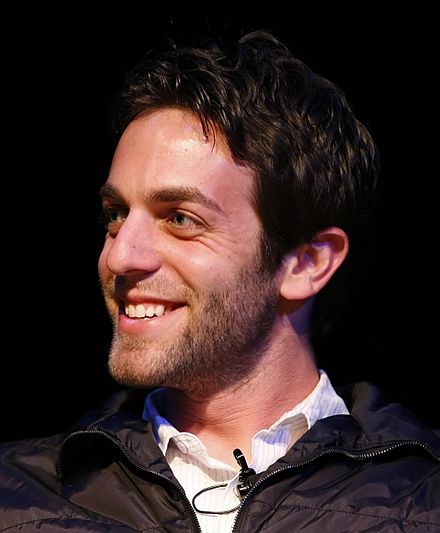 Probably didn't do much for you if you didn't know him, though.

And Lovecraft's "The Call of CTHULHU"! Another masterpiece, this inducing terrors so horrifying that I can't begin to describe it without creeping myself out.

Again though, if you didn't know that, it wouldn't do much for you. Even worse, that bizarre letter sequence – something starting with CTHU, really? – might be aggravating. Annoying, even.

For me, this was a fantastic, A-1 themeless puzzle. Well crafted, with SUCH great use of mid-length slots – LUDDITE, GO GREEN, SWAGGER, MACH ONE, DAD JOKE, DNA LABS, ROSE CUT, XS AND OS, RISOTTO. Themeless constructors, take note!

THIS IS THE WAY YOU SHOULD BE USING MID-LENGTH SLOTS!

Don't just be satisfied with having neutral filler in those precious seven-letter slots. Strive to use great material like this.

And CUE CARD is not just a excellent entry in its own right, but what a brilliant clue. At first (and at second and at third) glance, I had no idea what was going on. [Stage holdup?] didn't have anything to do with Old West robbers? No? A stage of a play? But how is a CUE CARD like a robbery?

It's literally held up (for actors' benefit) on stage.

For me, POW! The gridsmanship is beautiful. But I can see how it wouldn't be POW! material for others. For that reason, I hesitated. I'd guess that as NYT themelesses go, it might not be good — heck, it might even be bad, as it could turn off too many chunks of the solving population. Probably not a lot of intersection in the Venn diagram of BJ NOVAK and CTHULHU fans.

But hey, this is my award to give out, and I really enjoyed this puzzle. So there.