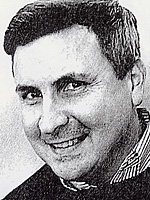 Here's a puzzle I devised an Excel algorithm to build ... though could be built more easily today with direct use of Crossword Compiler.

As a launching point, I first draw attention to the intersection points of the 5 horizontal and 5 vertical 15's:

Reading horizontally, these are the letters that appear in positions 3, 6, 8, 10, 13 of their corresponding 15-letter words. Reading vertically, the positions are 3, 5, 8, 11, 13. Note, for instance, that the last row IOEAO represents STING OPERATIONS in the puzzle, but also fits the pattern for JOINT OPERATIONS.

A key feature of the matrix is the heavy use of common letters R ,S, T ,L, N, A, E, I, O. (The letter C is the one outlier). The common letters would assist my algorithm below since slight variations often represent other words. For instance, if IOEAO is changed to IOIAO, I find that the latter represents OBIE NOMINATIONS.

So now, the basic notion of the algorithm was this: I would build the matrix from the top down and maximize my chances of completing rows and columns based on shear numbers. I started off with "good guesses" for the top two rows like this:

Examining the individual columns... I have 379 15-letter words in my word list that follow the (abbreviated) pattern IE???; 469 for RI???; 326 for EE???; 255 for II???; 217 for EN???. All very plentiful. Then, for each of these sets I looked at what letters are most common as the third letter ... while limiting myself to only those which would successfully complete the third row: (ESOLI — as a horizontal entry — gives me THE COST OF LIVING).

The matrix now grows to:

and the next iteration focuses on the columns again; The number of 15-letter entries with the pattern IEE?? is 50; There are 30 for RIS??; 38 for EEO??; 42 for IIL??; 12 for ENI??. The main thing to note is that the choices are quickly dwindling, and the iteration could easy have halted with the completion of row 4. If that had been the case, I'd go back to the top with fresh choices for row 1 and 2 and repeat the above algorithm.

But the matrix filled up, and the corresponding 15-letter entries were transferred onto a blank grid, and the black squares were tossed in (with some leeway). Unfortunately, the Scrabbly letters now came out of the woodwork, but the challenge was a manageable one.

There are 15 rows and 15 columns, with 0 rebus squares, and 6 cheater squares (marked with "+" in the colorized grid below.)

It has normal rotational symmetry.

These 48 answer words are not legal Scrabble™ entries, which sometimes means they are interesting:

Like this puzzle? Please share this page on social media to help spread the word about XWord Info. Thanks!