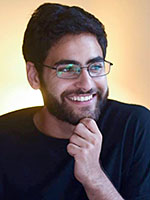 Rows: 21, Columns: 21 Words: 130, Blocks: 74 Missing: {FZ} This is puzzle # 92 for Mr. Walden. This is puzzle # 62 for Mr. Fagliano. Jeff Chen's Puzzle of the Week pick. NYT links: Across Lite PDF
Constructor notes:
Byron: It's always a blast constructing with Joel. It's like playing HORSE with Michael Jordan. 'Wow, that's amazing. Wait, what, I have to match that?!' We probably could have made our ... read more

It's always a blast constructing with Joel. It's like playing HORSE with Michael Jordan. "Wow, that's amazing. Wait, what, I have to match that?!" We probably could have made our task 10 times easier by cutting GREY POUPON GROUPON, but it was our favorite, so I'm very pleased we made it work.

Byron and I have been working on this theme, on and off, since April 2016. We batted it around for a while over email, but it started to seem impossible to find enough good examples, never mind for them to work symmetrically. Still, after every fallow period over the intermittent two years, one of us would find another example, and the thread would keep going. Definitely one of the most satisfying themes to finally put together, after all that work!

Jeff Chen notes:
False portmanteaus is on my (extremely) long list of theme concepts, but I never could quite figure it out. I even had SKORT along with SKI RESORT, but I couldn't come up with a clever way ... read more

False portmanteaus is on my (extremely) long list of theme concepts, but I never could quite figure it out. I even had SKORT along with SKI RESORT, but I couldn't come up with a clever way of cluing it. SKI RESORT as the entry, [Skort?] as the clue didn't seem like it would have produced a good enough a-ha moment. 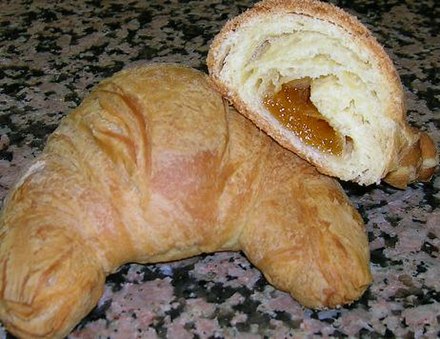 Byron and Joel are more clever than me.

What a great idea, combining the two to help solvers figure out what was going on. SKI RESORT SKORT as a piece of clothing on the slopes, that's fun!

They did such a nice job of finding enough solid themers to fill out a Sunday, too. I kicked myself that in my own searching, I hadn't found BRADY BUNCH = BRUNCH, BURNING LOG = BLOG, and especially GREY POUPON GROUPON. That last one is a beaut.

Great color in the grid, too. HAUL ASS made me chuckle. NATO SUMMIT, yeah! This math dork loved RISE OVER RUN. Even PAID AD made me stop and think – is there such a thing as a non-paid ad? PEER GROUP, GOJI BERRIES, KIDDERS, RIBEYES, it just went on and on. Even if the theme didn't tickle you, there's plenty of solving entertainment to be had.

As with most Waldenesque constructions, there were a couple of entries that made me cock my head. NONREAL was the one that got me. I know imaginary numbers well, but calling them nonreal seems just ... unreal. It turns out it's a not a non-real dictionary term, but, huh.

(It looks like NONREAL may be replacing "imaginary" in math classes, chalk up one demerit for Jeff. Sigh.)

CORNETTI was another one I didn't know, but it was much more on my wavelength — it was fun to learn. I've gotten unhealthy fascinated by baking shows, and now I want to try my hand at making CORNETTI. I also appreciated that it's related to "cornet," which made me feel like I should have gotten it quicker if I had only thought a little harder.

It wasn't a surprise that this was a low-word-count grid (130, much less than the max 140). Joel and I have discussed this issue a couple of times, and I understand his perspective, that going low helps to introduce freshness. You're forced to not rely on short entries seen all the time in crosswords. But I personally tend to gloss over those shorties, while entries like NONREAL and EX-PARTNER tend to make me pause.

Going to a higher word count would have also allowed for smoothing, getting rid of AKEY, AGRIP, IMRE, etc. Don't get me wrong — this grid is way smoother than an average Sunday grid, even at 130 words — but I have an extremely high bar for these two masters.

That's all super-picky nit-picking, because I do have such astronomically high expectations for these two. Overall, so many great theme entries + strong gridsmanship = POW!

This puzzle has 21 unique answer words.