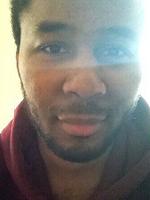 Rows: 15, Columns: 15 Words: 70, Blocks: 28 Missing: {JQZ} This is puzzle # 4 for Mr. Collins. NYT links: Across Lite PDF
Kameron Austin Collins notes:
I try to surprise people with culture and language they didn't expect to see in the Times crossword. If you saw GAYBORHOOD, SPITS ... read more

I try to surprise people with culture and language they didn't expect to see in the Times crossword. If you saw GAYBORHOOD, SPITS GAME, OLIVIA POPE or even WAR ON WOMEN coming, kudos, but I don't believe you.

As for flaws, any constructor who has to measure up against Patrick Berry at the end of the week deserves an "I Survived..." T shirt, assuming they survived. That said, occasional foreign language entries like OSO don't bother me at all, given our country's demographics (45 million Hispanophones and counting); AMAS deserves a second life with this new clue; and IN A is only a partial, rather than a proper noun, for solvers' sake (Food Network fans know why).

So much fresh material in this one! Kameron constructs a bi-weekly themeless which also features innovative entries. I've enjoyed them. I don't know that I'd get such a neat combination of entries like FAN FICTION, WAR ON WOMEN, and SPITS GAME from anyone but Kameron — he presents a unique blend of art, liberal politics, and current slang. 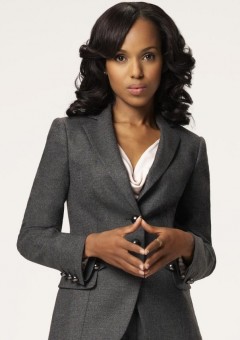 GAYBORHOOD is new to me, but it was inferable and a fun word to learn. SPITS GAME … that one seems like something you either know or you don't, but it's a nice and colorful phrase either way. To me it's like GOAT RODEO — I had never heard of it before, but am I glad I ran across it.

OLIVIA HOPE was tough. Again, it's either something you know or you don't, and not being a Scandal fan, I didn't really care. It exemplifies a dilemma Will goes through all the time when a constructor features a proper name that's not ubiquitously known. If you're a fan, it's a thrill to see the name in the NYT crossword ... but there's no challenge to filling it in. If you don't know it, you struggle for every last square, with very little payoff. DON LEMON was the same way for me, filling in the final square with a shrug.

Aaugh, OLIVIA POPE! HOE House and Museum sounded just as good as POE House. Yes, it's my fault for not making the Baltimore / Poe connection, but these crossing entries / clues felt on the verge of being unfair.

There was a great deal of colorful long material — 16 long entries, a great majority converted into assets — but there were also a number of liabilities. Nothing was major — OSO (sorry Kameron, OSO is worse for me than the much more known-to-non-Spanish-speakers UNO or MAS, for example), BLO, and AMAS had a reasonable save try, cluing to the American Music Awards. Totally agreed with Kameron on INA / IN A though; that one is totally fine by me. And OPEL isn't major here in the US, but it's much bigger in Europe.

All in all, I felt like the assets minus liabilities was around 10, which makes it a strong themeless in my eyes.

ADDED NOTE: Kameron wrote to me after reading my comments, saying that his puzzle deserve more credit than I've been giving them. After reading up on OLIVIA POPE and DON LEMON, I agree that I missed a level in this puzzle, by being too flip about those two names. I personally find it tough to appreciate proper names I don't know, and I tend to not look them up afterward. It's unfortunate that my laziness caused me to miss out, as I hadn't realized how popular "Scandal" was, or the ground DON LEMON has broken in the field of journalism.

These 33 answer words are not legal Scrabble™ entries, which sometimes means they are interesting: