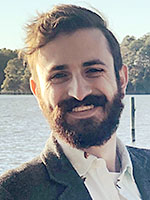 Even better, the "reused" table also shows reused words — answers debuted by Ryan McCarty that have since appeared in later crosswords. Numbers in brackets show the total number of times each word has been used, if more than 2.