This web browser is not supported. Use Chrome, Edge, Safari, or Firefox for best results.
XWord Info Home List of debut word counts by constructor Word cloud for Paolo Pasco 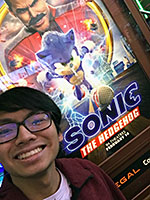 Even better, the "reused" table also shows reused words — answers debuted by Paolo Pasco that have since appeared in later crosswords. Numbers in brackets show the total number of times each word has been used, if more than 2.