17-year-old Garrett Chalfin is the latest addition to our Teenage Constructors page. He slots in at #28.

This RegEx finds words with double letters after ME. This one limits results to 15 letters only. Or, better, use the "Answer length" option.

Jim here, sitting in for Jeff Chen, who is getting his weekly balayage treatment.

This puzzle is too hard for a Friday and needs to run on a Saturday instead. It's incredible how often Shortz screws that up!

Wait a sec, let's think about this...

There are two ways a crossword becomes difficult. The first is trickery or wordplay that sends you off in the wrong direction. "Eats" in "Eats outside" is a noun. "Making a lead balloon" requires you to pronounce it as LEED balloon. "Office binder" isn't a paper holder. "Church address" isn't a sermon, it's how you might address the person behind the pulpit. Cryptic crosswords are nothing but these kinds of twists, and they're fun. The more crosswords you do, the more you teach your brain to flex, the less likely you'll be fooled by clues like "Alaska has the highest one."

The second way to increase difficulty is more controversial: obscurities. Knowing that leporids are rabbits or HARES, and that a female swan is a PEN, feel like basic facts. But maybe you don't have kids, so there's no way to know Frozen's realm, or you hate basketball, so you don't know NBA analysts, or you never do fast-paced posing or have your hair hand painted. Maybe you've never even heard of A Black Lady Sketch Show. Maybe you read Emma so long ago there's no way you can dredge up the vicar's name. (More on "dredging up" in a future post.)

The problem is that obscurities are in the brain of the be-solver. Different life experiences vastly affect what defines common knowledge or facts worth knowing. What is obscure to you will delight others and (I like to think) encourage them to join the fold.

Erik Agard and Brooke Husic are brilliant constructors, they both want to make more diverse crosswords themselves, and they both want to push the NYT and other venues toward more diversity by crashing through the long-standing canon of acceptable knowledge. That's a challenge tougher than a weekend themeless because the status quo has so much inertia. There's even a perceived financial risk for the Times if they delight a smaller new audience but annoy their larger traditional solvers.

This tension happens with all art forms. We shouldn't be surprised that crosswords are no different.

Tina Labadie is a pseudonym for David C. Duncan Dekker.

Here's a list of words with exactly five Os, none starting or ending with O, using the logic explained in this 3-Rs blog post.

New Flash: Crossword puzzles are not science, history, or theology textbooks. Prepare for outrage in the blogosphere anyway.

Crossword puzzles have their own rules. Or rather, they have no rules, only conventions, which they happily break whenever they want, all for your amusement. The grid art today looks vaguely like a slingshot. That's good enough. It doesn't matter that the slingshot David (if he existed) used against Goliath (if that event occurred) would look nothing like it.

In pre-modern times, the slingshot was a destructive and deadly weapon, similar in impact to a rifle today. A soft pouch held a rock or pebble. It was attached to a couple of long strands of leather. You'd swing it around your head a few times to build momentum and then precisely aim at your target. Unlike other weapons of the time, it was effective against armor or shields. See the photo in Jeff's note.

The David v. Goliath story is an odd one anyway. All poor Goliath had was a spear. You or I could have conquered the big guy as easily as David did with a bit of practice and the world's most deadly weapon. Hardly the "underdog prevailing" story we're used to.

How I Met My Collaborator

XWord Info started in 2007, and when the NYT hired me to write Wordplay the following year, I was contractually obligated to keep my website going.

Maintaining and evolving a complex site is a lot of work, so in 2013, I announced that I was shutting it down. Several people reached out to ask if they could take it over. I sent them the lengthy list of technologies involved in XWord Info. That was enough to scare them off.

Finally, this Jeff Chen guy sent me mail with the same offer. When I asked him if he was familiar with the listed tech, he replied, "No, but it's just another puzzle, right?"

I'd never met Jeff before. I didn't learn until later that he lived just across Seattle's I-90 bridge from me. We've been collaborators and friends ever since.

Jim here, sitting in for Jeff Chen who is playing on his Slip 'N Slide.

If you're going to create a themed crossword, you typically have to cram four or five connected answers into Across slots and then find some way to fill around them. Mondays are particularly tough because that fill must be easy for new solvers. 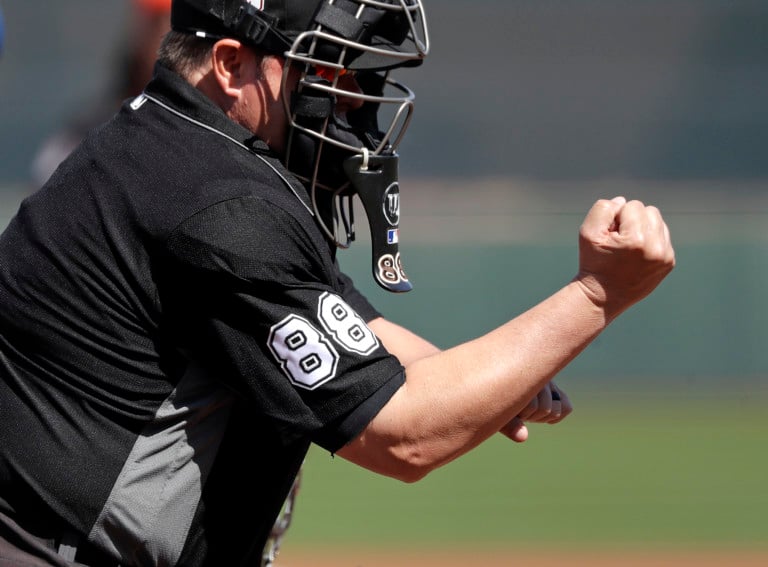 But before you get to that point, you have to dream up a theme, and like trying to find an available URL for your new project, uniqueness gets harder over time. Jeff remembered an earlier puzzle this year with a similar take. Well, it was in a different venue, and the "strikes" were at the beginnings of the words not the ends, but same idea. My philosophy on such repetitions is different than some: I don't care.

Another admired theme aspect is "tightness". If your theme is names of mountains and the world has more than a couple of dozen mountains (I haven't checked) then a random set of five seems inelegant. If they're the five tallest or the five most active volcanoes, then it's a tight set. I have a bit more sympathy for this notion.

Mr. Marotte's theme set today might not feel tight, but it is. There aren't a lot of "strike a" phrases, and Simon picks up most of the good ones. But, if I need to do a web search to confirm that, does it really matter?

I didn't know what MICROSLEEP was, so I looked it up. It's "uncontrollable, brief episodes of sleep" lasting from a fraction of a second up to several seconds. This can happen while doing repetitive tasks like, say, driving. Yikes.

Jim here, sitting in for Jeff Chen, who is making a deal. Or not.

Maybe you saw this right away, but I did a triple-somersault at 18-Across — Words before and after "deal."

My brain went right away to deal OR NO deal, but that's clearly wrong. That would be DEAL is a word before and after "or no." Right? Well, yes, but look at that bolded phrase again, and you'll see OR NO is before the second deal and after the first one. Nobody said the order mattered. That's just plain unfair. Except on Saturday it's not only fair, it's expected, and it's what makes Saturdays fun. 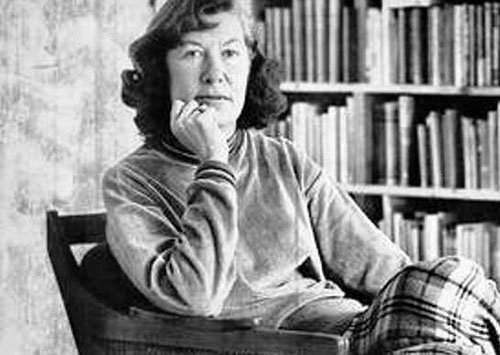 Tricky puzzles benefit from footholds, and several clues seemed obvious to me. The RED SEA has a significant part in the Bible, a FUTURIST always thinks ahead, Arthur's demise was plotted by his illegitimate son (via Arthur's half-sister Morgan), MORDRED. Your gimmes will be different. I struggled with SISTER CITY, but Jeff got it right away because, "What else could it be?" Yeah, whatever.

A great Saturday needs at least a few great clues. "Moving film" for SHRINK WRAP is in clue-of-the-year territory.

I'm a Ramblin' Wreck from Georgia TECH, and a hell of an engineer ...

Jim here, sitting in for Jeff Chen, who is practicing his modern dance moves. 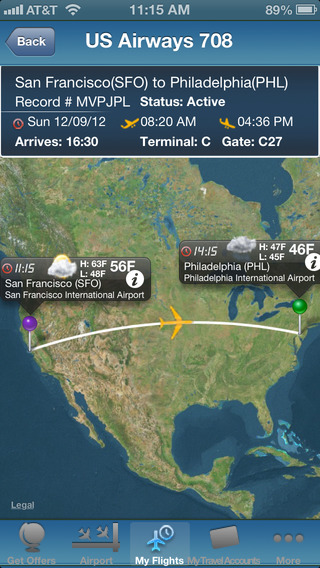 Interstate flying is back, baby! No masks required, but everyone is cranky, and your luggage will end up in Barcelona, so there are pros and cons.

Smooth sailing today, though, as airplane-related answers complete the flight plan from abbreviated state to state. I'm a sucker for novelty, and I've never seen a theme like this.

Original theme, and a new constructor. That's not a coincidence. Fresh blood bringing in new ideas is part of the plan. The Times made an interesting decision to open-source crossword creation. Every Wordplay post includes tips on "How to Make a Crossword Puzzle" and this encouraging note for the construction-curious: "The New York Times Crossword has an open submission system, and you can submit your puzzles online."

The NYT is literally diversifying its crosswords by bringing in new DNA. I have no special insight, but that has to make the editorial team's job harder. Not only will they be sifting through many more submissions, but crosswords from neophytes will likely need more polish to get up to NYT standards. They're betting they'll find puzzle gems and promising new voices somewhere in that haystack. It's a good bet.

That work is not just important, it's necessary to keep crosswords evolving in a changing world.

Jim here, sitting in for Jeff Chen, who is herding his pet nanobots. 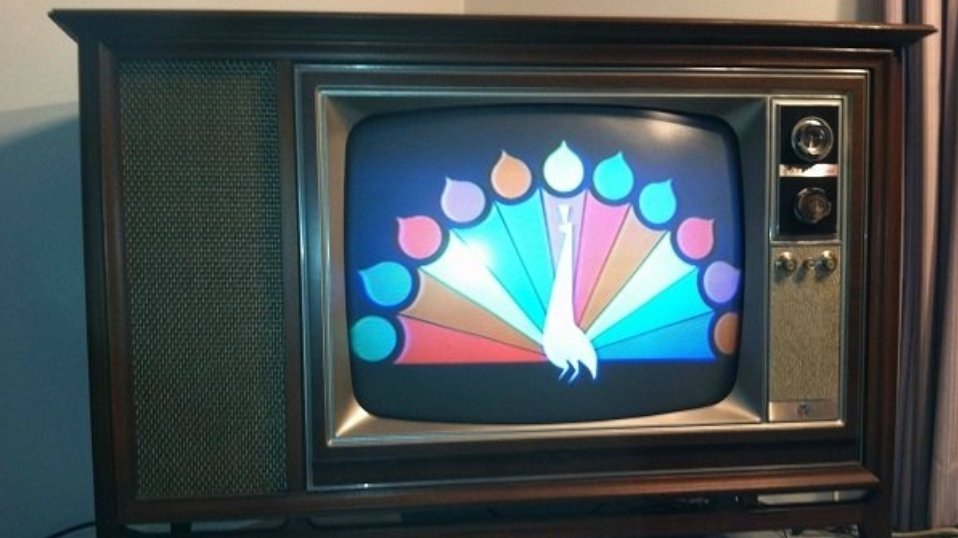 That's a weird-looking grid layout. It reminds me of diagramless puzzles like this one or this one. There's a specific reason diagramless grids look odd — they try to disguise how the answers interlock as long as possible. But what basis might a standard Friday themeless offering have for looking like this?

It's unclear until you get to the revealer (a revealer on a Friday?) at the bottom right. Until then, you can enjoy it like a standard themeless, and it has plenty to enjoy. Then the EVEN ODDS answer explains the constraint that forces the grid shape into contortions. It's more a curiosity than a theme. It certainly doesn't help you solve, but it's a satisfying way to uncover the layout mystery.

Davy Jones (not the one of locker fame) was indeed, along with Peter Tork, Micky Dolenz, and Michael Nesmith, a MONKEE. This constructed-for-TV group was one of the best-selling bands of the 1960s, even though everyone knew the actors didn't actually play on the recordings. Here's the great Cassandra Wilson showing how The Last Train to Clarksville can sound in the hands of master jazz musicians.

Since Andrew Linzer brought it up, here are words spelled using only the top row of letters on a TYPEWRITER, and ones using only the middle row. The less interesting bottom row is bereft of vowels.

Fun fact: Every integer can be represented using only keys above the QWERTY row. It's true!