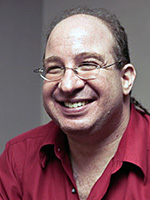 In this special prize crossword, the completed solution conceals a familiar three-word phrase related to the puzzle's theme. 70-Across provides a hint on how to find it. The crossword itself can be solved in all the usual online formats. However, to solve the bonus contest element, you will need to see some heavy outlines in the grid, which cannot be reproduced electronically. Thus, if you plan to enter the contest, please print out the PDF version of the puzzle.
When you have the answer, e-mail it to crossword@nytimes.com. Twenty-five correct solvers, chosen at random, whose entries are received by 6 p.m. Eastern time on Tuesday, Sept. 24, will receive copies of The New York Times Crossword Puzzles 2014 Day-to-Day Calendar, courtesy of Andrews McMeel. Only one entry per person, please. The answer and explanation will appear next week. The winners' names will be announced on Friday, Sept. 27, on the Times's daily crossword blog at nytimes.com/wordplay.
Mike Selinker notes:
I can't say anything. It's a contest. So I'm keeping my mouth shut. OK, so let me tell you about me. There are a lot of crossword fans out there who haven't seen my name in the Times ... read more

I can't say anything. It's a contest. So I'm keeping my mouth shut.

OK, so let me tell you about me. There are a lot of crossword fans out there who haven't seen my name in the Times much, so they may not know I've been writing puzzles for a long time. I started by writing puzzles for Games and Dragon and other magazines in the 1980s, then started to develop the concept of multi-puzzle hunts in the 1990s, alongside a lot of brilliant people.

I started a puzzle construction series in Games called Puzzlecraft, which this year produced a book that a lot of constructors seem to like. And as many of you know, my latest big puzzle project is the puzzle novel The Maze of Games, to which Jeff and Will Shortz and many other crossword luminaries have contributed.

I run a company called Lone Shark Games, which makes games and events for lots of big companies, including Microsoft, Disney, Sony, and others. Our latest game is called the Pathfinder Adventure Card Game, which seems to have gotten a very positive reaction from gamers.

It's been a fun year. And one of the highlights is "Letterboxes," which I hope folks like. When I can talk about it, I will.

Jeff Chen notes:
JEFF: Hello from down the road (Mike and I both live in Seattle)! Brilliant meta with a great theme reveal, F-E-E-L T-H-E L-O-V-E formed in Braille rectangles, using O's as the Braille ... read more

JEFF: Hello from down the road (Mike and I both live in Seattle)! Brilliant meta with a great theme reveal, F-E-E-L T-H-E L-O-V-E formed in Braille rectangles, using O's as the Braille dots. How did you come up with the idea?

MIKE: Pretty much the same way I come up with every idea: in a highly disjointed manner. I was just thinking about how puzzle hunt people are probably the second largest group of consumers of Braille other than people with real sight issues and those who cater to them. Then I thought that a puzzle could use O's to represent Braille dots in a boxed array, and then it was one more leap to "O = love" (as in tennis).

JEFF: It must have been a bear to construct, given that there are no other O's in the puzzle. Elegant. What was the toughest section to fill, given that heavy constraint?

MIKE: So, you might think it was the lower left which had TOUCH TONE PHONE and CONTACT POISONS, which are loaded with O's in specific spots. But that actually just meant those were ordinary theme entries. The upper right was a monster to construct. The two theme entries had no O's, but were stacked with non-theme entries with O's in very specific spots. That section got rewritten multiple times. I had other entries in PRESS SECRETARY's spot: MASCARA BRUSHES (wrong format), FINGER PAINTING (not the best verb meaning "touch"). Nothing really worked till I came up with PRESS SECRETARY. Then it all eventually came together. Eventually.

JEFF: Funny, I was just about to say that TOUCH TONE PHONE must have been tough to incorporate, given that the O's had to be locked into certain places. For me, that was the best theme answer; perfect for the meta. Did it take a lot of brainstorming to come up with FEEL THE LOVE as the meta-answer? What were some of the other metas you considered?

MIKE: I can't find a version of the puzzle without FEEL THE LOVE. I did spend a long time wondering what the puzzle would say, but I didn't start laying down any tracks until I knew how the train worked. One other thing though: I have an entire version of this puzzle with no theme entries whatsoever, just the Braille boxes and the central instruction. I think there are people out there who would prefer the themeless version, since they don't appreciate a grid that's highly constrained. I didn't like it, though. You need a reason for all that activity, in my opinion, and the theme entries provided it.

JEFF: Totally agreed, especially for the NYT audience. It would have been cool without the theme answers, but things like PRESS SECRETARY and TOUCH TONE PHONE add another layer of elegance. That raises a question I wondered about while solving — at Lone Shark Games, you're typically creating puzzle hunts for an uber-puzzle-geek, someone who's entrenched in puzzles and metas. Did you want to make this contest harder? Was there some back and forth with Will on the question of difficulty?

MIKE: Right, I'm associated with super-hard stuff as a rule. I guess that informed why I've not had standard crosswords in the Times before. I'm always trying to make things with lots of layers. The Maze of Games is really just a giant interconnected web; the Puzzlecraft book is an attempt to tell a narrative about puzzle construction. So of course I came at this with an "all the things!" approach. Will pretty much let me roam unchecked, which made some people very happy and some people not so happy. I guess my primary goal was to make Will happy, which he was.

JEFF: Would you have preferred to make it harder? Did you feel like you had to keep yourself in check for the audience? Or is this about the level of difficulty that you typically put into a metapuzzle? And on a separate note, can you give us an update on The Maze of Games (drooling)?

MIKE: Nah, it definitely didn't want to be harder. I mean, there was a version with *no* boxes. But that was inscrutable. This hit what I wanted. Now, please stop drooling on my internet. The Maze of Games is almost done in layout; I'm down in LA right now going through approvals. It looks just gorgeous; Pete Venters and Elisa Teague did some stunning work. We are about to try to beat every blemish out of the main section of the book in a major round of playtesting. Then we will turn our attention to gussying up the Conundrucopia section, which has some major luminaries like yourself in it.

JEFF: (wiping drool) Lucky for us, there are six other Intertubes we can use to communicate. Anything else you'd like solvers or constructors to know about this puzzle? And what's next for Mike Selinker? Will we see more NYT xws or is this a one-time thing?

MIKE: I have to thank Will and Deb Amlen and the crew for being willing to take a chance on something this new and bizarre. They were braced for a hurricane of feedback based on this puzzle, and they definitely got it. But I think they thought it was worth it. I hope I can return the favor when Will and company see how awesome their puzzles look in The Maze of Games, alongside Patrick Berry, Scott Kim, and so many other puzzle heroes of mine. As for me, I'm going to continue to treat the New York Times as the greatest puzzle canvas in history. You don't sully it with lesser work. If and only if I have something that's worth painting on that canvas, I'll submit it. I can't guarantee it, but I hope that's someday soon.

JEFF: Amen to that, brother. When I first started constructing, I threw pretty much any crazy idea I had at Will, and he gave me great feedback (and very politely asked me to send only three at a time). Took me a while to realize that not just anything can make its way into the NYT. Hopefully other constructors can learn from your well-considered philosophy and only submit their very best stuff. Good luck to you and I'll look forward to receiving my copy of the Maze of Games!

MIKE: Thanks, Jeff. This has been a fun and thoughtful dialogue, and I hope people have enjoyed it. I'll go out on this email I just got from a fan named Lewis: "Letterboxes was the most moving puzzle I have ever done. By decoding the Braille, I felt like I had more empathy, just a bit, for what it must be like learning Braille and first using it; and by learning something about its history, I appreciated something of the care and even love that went into its development. This link between the process of experiencing a work of art and the message of the art itself is something one sees mainly in great poetry." I don't know about the poetry part, but I think the empathy part is bang-on. We are lucky people to be able to experience life to the fullest, to spend time imagining ourselves with the difficulties that others experience. If this puzzle had a little touch of that for anyone else, then I'm so glad I constructed it.

JEFF: I'll wrap up on my side by saying what a cool e-mail from Lewis. Neat how much puzzles can enhance people's lives! And that I might have a slight man crush on you. Not that there's anything wrong with that.

These 62 answer words are not legal Scrabble™ entries, which sometimes means they are interesting: