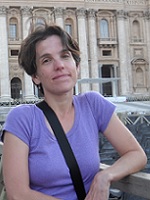 Rows: 21, Columns: 21 Words: 140, Blocks: 89 Missing: {JQ} Grid has mirror symmetry. This is the debut puzzle for Ms. Matheson. This is puzzle # 56 for Mr. Chen. NYT links: Across Lite PDF
Constructor notes:
KATHY: As a longtime reporter, I've had many bylines over the years — but this is one of the most exciting! It's only my second published puzzle; the first was a solo effort printed ... read more

KATHY: As a longtime reporter, I've had many bylines over the years — but this is one of the most exciting! It's only my second published puzzle; the first was a solo effort printed in Games Magazine a couple of years ago. That one was smaller and simpler: 15x15 and only wordplay, no visuals. So I knew I needed help with my idea for "Wonder-ful!" and my first thought was Jeff Chen. His grids are always so creative!

We had communicated a bit through Twitter over the years when I was blogging at crosswordkathy.com (currently on hiatus), but I didn't meet him in person until I went to the ACPT for the first time last April. A couple of weeks later, I emailed him with this theme proposal and he was intrigued. We debated which parks to include and how they could be visualized, including an ambitious shape for GREAT SMOKY MOUNTAINS and an entry where the RIO GRANDE slithered through a crooked BIG BEND. Unfortunately, not all of our ideas could fit, but I'm pretty happy with the ones that did.

And I'm really grateful to Jeff for his willingness to work with a rookie! I learned a lot.

JEFF: I admit it. I'm on Twitter (@JeffChenWrites — follow me!) but I still don't totally get it. I occasionally tweet about my current writing project or stray nose hairs or other subjects of equal importance, and followers will reply, or poke me, or Pokemon Go me or something. It's oddly complicated and altogether baffling, really. But I appreciate the chance to meet cool people through it once in a while, like Kathy. 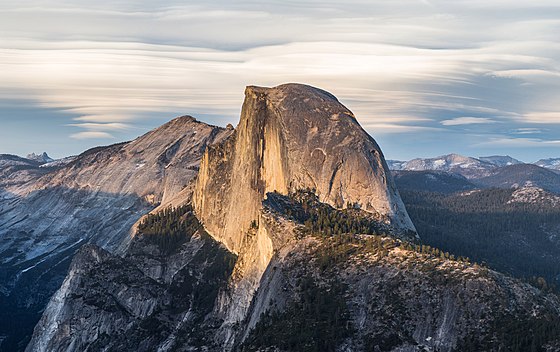 Crossword Kathy http://crosswordkathy.net/ is on hiatus right now, but for a while, Kathy would post insightful commentary from an experienced solver's perspective. Best of all, I liked when she called me "the best thing since sliced platinum-plated superfood bread" and that I was "undoubtedly the sole human being who could best Dos Equis's The Most Interesting Man Alive."

(There may have been some paraphrasing.)

So it was a delight when Kathy introduced herself at the ACPT, and asked if I could help her with creating a crossword. I'm always happy to help out a friendly newbie, and to my surprise, her very first idea — for a NATIONAL PARK SERVICE puzzle — I thought was a gem. (People usually flame out and give up after we go back and forth over 10+ ideas.)

It took some fleshing out and research to make sure there would be enough theme material. From a long list we shortlisted about 6-8 really well-known parks we could represent pictorially. Kathy's suggestion for HALF DOME over YOSEMITE was what clinched the set. We're both West Coasters at heart, so if you haven't heard of HALF DOME, consider it your obligation to go see it. And not just in an Ansel Adams painting. You don't have to bivouac halfway up the sheer face, but seeing it from both the ground and from top is something else.

After that, it was a simple matter of 90+ versions, and the grid was done! Easy peasy. In the Twitter sort of sense.

Jeff Chen notes:
Okay, so this one was backbreaking. I was really glad to have Kathy as a collaborator speaking her mind, as I was ready to make pretty big compromises at many points during the ... read more

Okay, so this one was backbreaking. I was really glad to have Kathy as a collaborator speaking her mind, as I was ready to make pretty big compromises at many points during the construction process. Coming up with the various individual elements wasn't that hard — we both really liked MIND CANDY hiding the GRAND CANYON, and OLD FAITHFUL going up through YELLOWSTONE, etc. — but putting all the pieces together in a 140-word grid made for a rough go. It was even tougher when we decided to locate all the parks roughly where they are on a US MAP.

Okay, ARCHES is a little off. Ahem. We had ACADIA there for a while, but we decided having both ACADIA and DENALI was duplicative. (Plus, ACADIA isn't actually the name of the mountain.)

Some of the odd stuff I tried to pass off as acceptable, before Kathy reined me in:

I really enjoyed working with Kathy on this. My threshold of what's an acceptable trade-off tends to dip after I get 50 or more grid skeletons in, so it was great to have her kindly telling me at many a point that what I proposed as reasonable trade-offs were actually (cough cough) not.

I admit it, sometimes on these really complicated projects, I stick my head in the sand and go into Denali. Er, denial.

P.S. "One Hundred Years of Solitude" — our alternate title for the puzzle — is one of my favorite books ever. (Buy it here.)

These 77 answer words are not legal Scrabble™ entries, which sometimes means they are interesting: