IF THE SPIRIT MOVES YOU 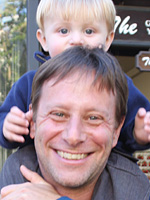 ACME: Back in 2010 I met Pete, and inspired by his Jack in the box puzzle, came up with the idea ORDERSAROUNDOFDRINKS 21 and in six quadrants have a drink name in circles (TOMCOLLINS, VODKATONIC, etc). Pete thought this could work: "DRINKSALLAROUND 15 [Generous patron's offer and a clue to this puzzle's theme] or AROUNDOFDRINKS 14 for a 20x20 ... could get cute and put OLIVE on top of the MARTINI circle etc. ..." and thus started a 50 email exchange, countless grids, almost seven year odyssey towards a Sunday puzzle!

Pete will tell you I finally cornered him at the 2017 ACPT and said next grid you send me, I'm filling it, cluing it and NO MORE IMPROVEMENTS! (He is a multi-talented creative genius and kept thinking he could do better!)

(response from Pete: "Andrea is too kind to mention that after she had clued the grid I sent her, I found something I couldn't live with it and redid it one more time ...so she had to clue it twice!")

Because Pete got the reveal in the puzzle (crossing with COCKTAILLOUNGES!) we also needed to come up with a title, which of course, as a namer, is my favorite part of constructing!

We needed drinks with 4 8 and 12 letters to make it work... It's a little ironic as I have never been a drinker and had never even heard of a TIAMARIA nor PINKLADY, but I love it! Bottoms up! Skoal! CHEERS and all that!

PETE: My last published NY Times puzzle was in 2013, the year after I started doing the MMMM (Muller Monthly Music Meta). Thirteen crosswords a year is right at the limit of what I can create, so I reluctantly had to stop submitting puzzles to other venues.

Andrea had invited me to collaborate with her on this idea seven years ago (!), and I had started in on it but ultimately gave up because I didn't love the fill enough. I guess sometimes I can be overly picky (Andrea liked some of the grids I came up with just fine.) She gently sent regular reminders to me and encouraged me to keep at it. I promised her that I would definitely get to it within a year. That was in 2015.

I studiously avoided Andrea at the 2016 ACPT, but she managed to track me down anyway and extract another promise that I would finish within a year. Only an extra year late, and seven years after we originally started, I took another shot at a collection of theme entries that we liked, and made it a lot better. Andrea did almost all the cluing (I changed a handful of her clues).

I do miss having crosswords in the Times and hope to find time to start submitting a puzzle or two per year going forward.

Jeff Chen notes:
Acme and I hung out at ACPT years ago, catching up, when she suddenly smacked me. (I get that a lot.) One of my puzzles had just run, scooping her and Pete of an idea they had been working ... read more

Acme and I hung out at ACPT years ago, catching up, when she suddenly smacked me. (I get that a lot.) One of my puzzles had just run, scooping her and Pete of an idea they had been working on. Neat to finally see it finished and in print. I appreciate that Will spread them out, so solvers got a chance to forget mine.

(Between them, there was another one in a similar vein, but it didn't use the same revealer.)

I liked the visual aspect of this one, the circled-up drinks looking a bit like bubbles in champagne. Fun to get a lot of variety, from a DIRTY MARTINI to a COSMOPOLITAN to a PINK LADY. Very upscale!

I'm more of a BEER guy myself, so, on the one hand, it was nice to get that and WINE too. But on the other, they weren't nearly as cool as the long drinks forming big bubbles. Would have been great to get two other mixed drinks to make the set tighter.

So, so difficult to fill around those circled-up drinks. Any time you fix letters in place, you create inflexibility for yourself. And to set so many letters in place right next to each other is nutso. Acme and Pete did well to put black squares in the middle of the biggest drinks, absolutely crucial to filling around COSMOPOLITAN. Still, they ended up with a FLOR, oddball ALARUM, and a GOW. Hmm.

That's not too bad, but there are similar costs throughout the rest of the puzzle. As if the six circled-up drinks weren't hard enough, putting in DRINKS ALL AROUND and COCKTAIL LOUNGES was bound to cause serious pain points. Not surprising to see some oof-worthy BETO, DUC crossing DORR, TO SAM, HIED right where those two long themers cross. And ORLE is one of those Maleskan-era words I'd like to see elevated to "puzzle-killer" status.

I like seeing different implementations of a similar seed idea. The appearance of bubbles was cool. However, I tired of the experience maybe half way through — I wonder if it would have been better as a 15x puzzle with maybe three or four mixed drinks. Tough though, as that would have given Acme and Pete even less real estate to work with. The freedom of the huge Sunday 21x21 palette can be awfully tempting for constructors.

Answer summary: 6 unique to this puzzle, 10 unique to Shortz Era but used previously.

These 72 answer words are not legal Scrabble™ entries, which sometimes means they are interesting: