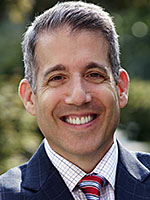 Rows: 21, Columns: 21 Words: 140, Blocks: 71 Missing: {Q} Scrabble average: 1.70 This is puzzle # 13 for Mr. Abel. NYT links: Across Lite PDF
Will Shortz notes:
Seth A. Abel is a lawyer based in Columbus, Ohio, who works in commercial and industrial real estate. He has been making crosswords since 2003, often with themes involving gags. He thought ... read more

Seth A. Abel is a lawyer based in Columbus, Ohio, who works in commercial and industrial real estate. He has been making crosswords since 2003, often with themes involving gags. He thought of this one in 2008 and kept tweaking it over the years — "which has to be a record for incubation time for me," he says. The title [DON'T QUOTE ME] was his starting point.

This is Seth's 13th crossword for The Times.

Seth A. Abel notes:
Typically, when I have an idea for a Sunday puzzle, I'll put the puzzle together and then have to wrack my brain for a good title. Here, it was the other way around: the title came first, ... read more

Typically, when I have an idea for a Sunday puzzle, I'll put the puzzle together and then have to wrack my brain for a good title. Here, it was the other way around: the title came first, and the theme idea came second. I thought it would be cool to make a puzzle of famous movie and TV lines that were never actually said, even though we're all familiar with them. Google revealed that there are many such lines firmly cemented in our psyches despite having never been uttered.

Back in the early 2000s when I started making puzzles, Will would accept the occasional theme query for a Sunday puzzle, since it takes so much more work to make one. I emailed him about this idea in 2007, and he politely informed me that he could no longer accept theme queries due to the huge volume of email he was receiving. He added that, having said that, this idea was a "maybe." That "maybe" was all it took to keep the idea alive over the years, and I would return to it every so often, but could never get it just right.

The problem was that there were too many good entries I wanted to include, which always resulted in a puzzle with sub-par fill. Eventually, I came to terms with having to kill off more than a few entries to get everything to work, and left many memorable unspoken "lines" on the cutting room floor: "Luke, I am your father" (Darth Vader), "No more wire hangers!" (Joan Crawford), and "I want to suck your blood" (Count Dracula), to name a few. I hope you enjoy the result.

Jeff Chen notes:
Oft-quoted quotes that were never spoken by said character ... and no ILSA LUND / PLAY IT AGAIN, SAM? Sacrilege! And GORDON GEKKO isn't someone whose bad side I'd want to be on. You're ... read more

Oft-quoted quotes that were never spoken by said character ... and no ILSA LUND / PLAY IT AGAIN, SAM? Sacrilege!

And GORDON GEKKO isn't someone whose bad side I'd want to be on. You're living life on the edge, Seth! Mr. Gekko might not have ever said GREED IS GOOD, but he sure did a lot of other bad stuff. 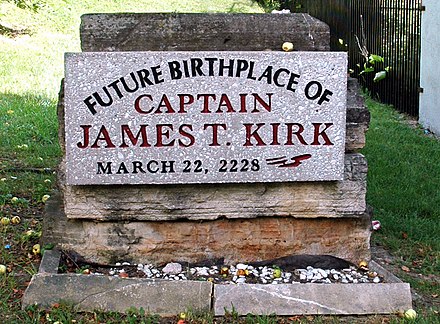 Seth is right — there are a lot of famous misquote compilations out there. Too many; it risks the puzzle feeling like a listicle.

But I do like the ones he picked out; all good pairings of famous lines and famous people who said them. It could be argued that EARL OF GREYSTOKE is a toughie, but the word GREYSTOKE has been used in movie and book titles enough that I think it's fair game.

This is a great example of why the 140-word maximum (on Will's spec sheet) is a bad thing for solvers. As soon as I opened the puzzle, the sight of those big swaths of white space in the NW and north worried me. Those are of themeless-grade difficulty to fill — plus, you have the constraints of having to work with fixed themers! No Bueno.

See: ABLUR, ITY, TYRE. Not a good way to kick off a solving experience, even with MACHISMO adding color.

As much as I love OSMOSIS and TORNADO, it already felt like a compromised, inelegant product, and I had just begun.

I understand Will's steadfast adherence to the 140-word max. In theory, that forces constructors to work in some long bonuses, and not just pack a puzzle with a flood of boring, every day 3-5 letter entries. In real practice, though, even some of the most experienced constructors can't pull off a colorful, clean 140-worder.

I had heard all of these misquotes before, so the puzzle played more like a Wikipedia article for me. But I imagine there will be solvers who learned one or two new things today. If the grid had been improved — maybe by going to 144 words, or by using only the misquotes as themers, thus allowing for lower theme density — it could have made for a better solving experience.

Answer summary: 7 unique to this puzzle, 4 unique to Shortz Era but used previously.