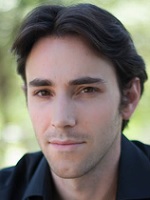 Rows: 15, Columns: 15 Words: 76, Blocks: 34 Missing: {QXZ} Spans: 3 This is puzzle # 2 for Mr. Halperin. NYT links: Across Lite PDF
Jake Halperin notes:
My original theme set had two CON*PRO* phrases and two PRO*CON*, which for some reason felt like the 'natural' or 'balanced' choice to ... read more

My original theme set had two CON*PRO* phrases and two PRO*CON*, which for some reason felt like the "natural" or "balanced" choice to me, and PROS AND CONS was broken up into three slots along the middle row. However, the editors pointed out that PROXY CONFLICT was of questionable idiomaticity, and as one might guess, that grid had poorer fill and very little to nothing in the way of long bonus entries. (We're talking 67 theme squares compared to 53). They suggested the current lineup, adding CONCLUSIVE PROOF, as well as the revealer placement.

I'm glad I was able to work in a few fun long downs, and it's nice to debut SANSA not long after the GOT finale. I can sort of see how her name has the potential to eventually become serious crosswordese, with those friendly letters.

Jeff Chen notes:
A lot of PROs and CONs in this puzzle! Long ago, I'd thought of a similarly thought-PROvoking CONcept, but I could only find PROXY ... read more

A lot of PROs and CONs in this puzzle! Long ago, I'd thought of a similarly thought-PROvoking CONcept, but I could only find PROXY CONTEST, PROCESS CONTROL, and some iffy ones like PROVOKING CONFLICT. I'd never considered flipping CON and PRO. I liked that this oddball notion opened up possibilities like CONCLUSIVE PROOF — that's a great phrase.

CONSUMER PROFILE and CONTENT PROVIDER aren't as sparkly, but they work. It made me curious to see what else was possible.

Why only three theme phrases? Part of it is that it's tough to fit in a fourth when you already have to work in PROS and CONS.

Er, CONS and PROS. Man, presenting them in reverse order still feels so weird. Makes me wish PESSIMIST had been incorporated into the grid to help explain things. That might have been too complicated for an early-week crowd, but the puzzle would have cohered much better.

Great bonuses, something that all three-themer puzzles need to feature. MIND BENDER, FATALISTIC, JET POWERED, UNBIRTHDAY? Yes yes yes yes! Jake did a great job spacing them out, too, keeping them well away from the PROS and CONS in the SE corner. Good planning.

There were some trade-offs, though; more than I would have liked. Is AMAJ ETAT (and ATEMPO to a lesser extent) worth JET POWERED, especially in an early-week puzzle? I think no, but I can see the other side of the coin. If there hadn't been so much AVOIR AM SO TMAN WTS YOS overall, it'd have been easier to overlook.

Tough call. Color vs. cleanliness is the eternal struggle for constructors. It's especially difficult in today's grid, since one usual fix — using a cheater square at the C of FATALISTIC — would mess up CONS.

Interesting concept, overall. I like it when someone comes up with a solution I never CONSidered PROSpecting.

Answer summary: 7 unique to this puzzle, 1 unique to Shortz Era but used previously.