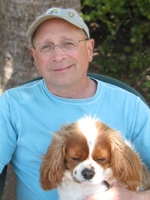 Bobby Flay is my favorite celebrity chef. His name came to mind one day a couple of years ago and the four subsequent entries followed immediately. When by some odd quirk the numbers added up symmetrically I figured I had nothing to lose by writing it up in a puzzle. Fortunately the term "yuppie flu" has fallen by the wayside as more is learned about the complex debilitating condition that is Chronic Fatigue Syndrome. Although declared "dead" in the early 90s by Time Magazine, the concept of the "yuppie," like the flu, keeps resurrecting itself, either intact or in mutated forms.

If you're not a big fan of vowel-progression puzzles (you know who you are), at the very least try Bobby Flay's paella and enjoy Herb Alpert's trumpeting in "Spanish Flea," preferably at the same time!

Jeff Chen notes:
A vowel progression today, a phonetic one using all five long vowel sounds. Just as Ed mentioned, there will be haters who are tired ... read more

A vowel progression today, a phonetic one using all five long vowel sounds. Just as Ed mentioned, there will be haters who are tired of vowel progressions. Any established theme type will have detractors. What matters to me though: does the puzzle delight me? In large part, Ed's themers did it for me. I don't know celebrity chefs, but I did recognize BOBBY FLAY, And I'm with Ed — it'd be treasonous not to like Herb Alpert's SPANISH FLEA. Unamerican, I say!

I personally like vowel progressions, especially when they're done like this. The long vowel sounds are nice to see in order, and I like how only 1/5 of them are spelled simply with the lone vowel. As Andrea Carla Michaels says, they're like poetry. Mellifluous. Of course, as with any art, taste is in the eye of the beholder. Er, the tongue.

I also appreciate how Ed stayed away from actual sicknesses in YUPPIE FLU. There are plenty of BIRD FLU, AVIAN FLU, SWINE FLU sort of answers (never mind that they don't match lengths with BOBBY FLAY) but I personally prefer to stay away from those. Finn Vigeland astutely asked me why I chose ASIAN FLU instead of AVIAN FLU on a puzzle earlier this year. ASIAN FLU to me refers to the financial crisis that swept throughout Asia, something I'd much rather think about instead of the killing disease, AVIAN FLU. Personal choice, anyway.

Puzzles with five themers will naturally have a higher degree of difficulty than ones with just four, and having a middle entry of length = 9, 11, or 13 will up that even more. Note how it effectively splits the puzzle in half, creating filling difficulties in all four corners. In just one corner, the SE, we have SO I, ERS, and DELE, all of which are fine on their own, but taken as a whole in a concentrated area is a bit rough. Same with the SW, where REN, SERENER ("more serene" more commonly, right?), DSL all appear. Tough to cleanly execute those 7 x 3 (really 7 x 3.5) corners.

I did really like the NE corner, where Ed treats us to the triple of THRILLA / TOP SEED / SOS PADS, with only ISP to glue it together. That's nice bonus material; a strong use of seven-letter spaces.

Often, a seven-letter middle themer makes for cleaner execution. In this case, it might have been possible with something like SHOO FLY! Or even better, SHOO FLY pie. (Mmm, pie.) I think this would have made it easier to avoid the aforementioned rough patches, plus the killer ASTA / FARO crossing. Seems to me that's a pretty unfriendly crossing for novices. Not that Will's goal is to make the NYT puzzle accessible to everyone in the world, but both entries strike me as inelegant, and to have them crossing each other makes it doubly so.

Fun start to the week, a very nice selection of sing-song themers.

Answer summary: 2 unique to this puzzle.