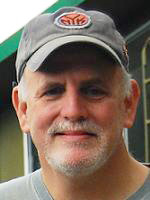 Rows: 15, Columns: 15 Words: 78, Blocks: 38 Missing: {QWXZ} This is puzzle # 2 for Mr. Margolis. NYT links: Across Lite PDF
Dan Margolis notes:
I am very pleased to have my 2nd puzzle run in the NY Times! I have to give credit to some college friends for helping me bring this ... read more

I am very pleased to have my 2nd puzzle run in the NY Times! I have to give credit to some college friends for helping me bring this together, they were spending a beautiful summer weekend with my wife and I and we started bouncing around "boy meets girl" names, there are actually a ton of them! Some that weren't used: Chris Christie, Edmund Hillary, Hugh Laurie, Buddy Holly. So it helped to have a bunch to choose from to make the puzzle and the fill work. Not too many fill issues since there were 4 theme entries including the revealer.

Thanks to Will and Joel for coming up with some improved clues and answers, I liked the way they took "neo" and "con" and made them into one answer (now why didn't I think of that?)

Neat idea, BOY MEETS GIRL interpreted as "famous men with a last name that's also a girl's name." RAUL JULIA is perfect, as JULIA is a common enough girl's name. CRYSTAL didn't come immediately to me as a girl's name, but of course there's CRYSTAL Gayle, the country singer. 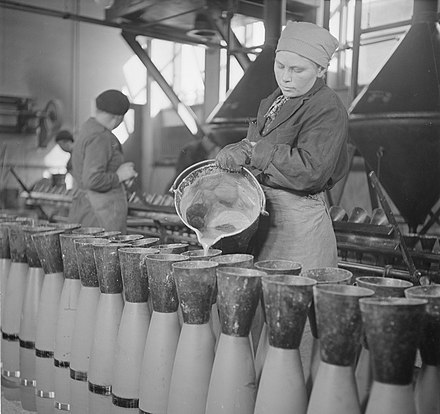 CANDY … this one didn't work for me. I tried to find a good example of a famous woman named Candy, but Wikipedia failed me. Who knows, maybe there'll be a surge in girls getting named CANDY in the future? ADDED NOTE: Nancy Shack points out that CANDY Spelling, widow of Aaron Spelling and mother of Tori Spelling, should qualify based on her media exposure.

It would have been nice to get one other strong themer. Any one that Dan mentioned would added a ton of impact to the puzzle.

With just four themers — and two of them being only nine letters — I expect a super-clean grid, packed with jazzy long fill. I did like the bonuses of TINY TIM, BERSERK, even OBSTACLE, as I'm a big "American Ninja Warrior" fan. Pretty darn good in that regard.

AMATOL and BERNE, though. Hmm. Chemistry was one of my favorite subjects in school, but AMATOL feels pretty reachy, especially for what's supposed to be a puzzle that could attract novices. And the French spelling of Bern was odd, too.

I could have let those two slide, but then I ran into the ARTY ("artsy" feels more in-the-language to me) / CARO (tough foreign word) section. It may seem nit-picky to point these things out, but for a grid with not that much theme constraints, the grid ought to be silky smooth.

Here's an interesting constructor's dilemma: you can either 1.) have a long bonus entry in OBSTACLE, or you can 2.) shift the black squares above AMAJ one column to the left, which lets the NE corner connect better to the rest of the puzzle. Which is better?

Not sure of the right answer, but I would have tried the second option, along with rejiggering the black squares in the middle of the puzzle so that the solver would still get a long bonus down (one column to the right of OBSTACLE). I think that would have worked, given the lowish theme density.

Overall, a fun, fresh concept, always appreciated on a Monday. But it did feel thin, needing at least one more strong theme example, preferably two.

Answer summary: 4 unique to this puzzle.

These 22 answer words are not legal Scrabble™ entries, which sometimes means they are interesting: