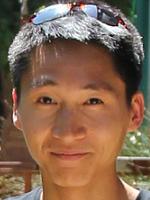 Rows: 21, Columns: 21 Words: 140, Blocks: 82 Missing: {JZ} This is puzzle # 36 for Mr. Der. NYT links: Across Lite PDF
Kevin G. Der notes:
This puzzle might be the most straightforward Sunday theme I've had in the Times, but hopefully it's no less enjoyable. I love movies, so it was a lot of fun to go through all of the Oscar ... read more

This puzzle might be the most straightforward Sunday theme I've had in the Times, but hopefully it's no less enjoyable. I love movies, so it was a lot of fun to go through all of the Oscar Best Picture winners and see which ones were one letter away from odd, funny phrases.

One choice during construction was to add the two extra 10-letter entries right alongside longer counterparts; this made the grid a bit less wide open, but with a theme like this, I figured it was worth it so that more solvers would find their favorites Oscar movies in the grid. I'm hoping this puzzle brings people delight as they enjoy their long weekend.

Jeff Chen notes:
Fun plays on Oscar-winning movies, changing a single letter to give kooky results. SILENCE OF THE IAMBS was laugh-out loud funny due to its absurdity, and the rest were generally pretty ... read more

Fun plays on Oscar-winning movies, changing a single letter to give kooky results. SILENCE OF THE IAMBS was laugh-out loud funny due to its absurdity, and the rest were generally pretty humorous. Amusing to think of Jabba the Hut as THE VAST EMPEROR. 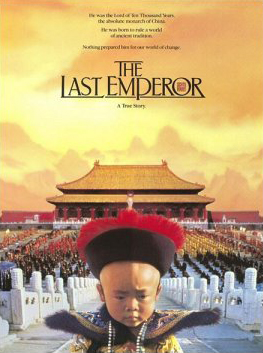 It felt inelegant to have some THEs included and some not, but I imagine it was necessary for crossword symmetry. A shame.

Given Kevin's history of multi-layered themes, I was so sure something was going to be spelled by the changed letters. Or the original letters? After all, there would be some flexibility given that DEER HUNTER could be changed to PEER, SEER, DEAR, DEED, even PUNTER, HINTER. Alas, BIVUGFKGH (new letters) DLLAENDTF (original letters) don't spell anything. Ah well; fun to think of what might have been.

Kevin does really well with his bonus fill — COOKIE TIN, FLAGPOLES, RAVE REVIEW, RAN LIKE MAD, MONGOLIA — useful to keep up the interest of the non-movie fans out there. Even GAS MAIN, TRIPPY, STASIS added to the quality of my solve.

A few blips in short fill are to be expected in any 140-word Sunday puzzle. Kevin mostly keeps his gluey bits to the ignorable kind, with a bit of BEL, ENE, TRAC, OEO. The one place I thought was pretty crunchy was the AIT/ARHAT region in the upper right. Not surprising since Kevin chose to stack BEER HUNTER and SILENCE OF THE IAMBS, forcing a ton of letter pairs to work with. Perhaps ARHAT should be in solvers' general knowledge, since it's an important concept in Buddhism? But this is the one spot where it feels like the solver isn't 100% set up to ultimately win.

It would have been mind-blowing to get an extra layer into this puzzle, the nine special letters somehow spelling out … something. Too bad ADAPTATION is 10 letters, not nine! But it would have been nearly impossible to get a sequence like this worked in, given the rules of crossword symmetry and the difficulty of packing in so many themers.

As it was, I appreciated Kevin's efforts to shoehorn in a ton of fun movie "adaptations." Much more straightforward than I expect from Kevin, but still an enjoyable solve.

Answer summary: 13 unique to this puzzle.

These 54 answer words are not legal Scrabble™ entries, which sometimes means they are interesting: