It looks like you're using an Ad Blocker. Please consider supporting our site by purchasing an account.
This web browser is not supported. Use Chrome, Edge, Safari, or Firefox for best results.
XWord Info Home Previous | Next | Author grids: Adam Fromm | May 2019 grids | Blog: Wordplay Fiend | FAQ | Donate 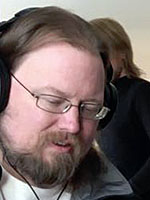 I'm not sure why I decided to try burying a mini-theme in a 15-stack, aside from the not-always-advisable "just to see if I can" impulse. (For me, that usually turns into the regrettable crossword version of "hold my beer and watch this": four killer seed entries, surrounded by 20 medical abbreviations and three Peruvian tree frogs.)

I think it started by accident — I was tinkering with stack ideas, noticed I'd inadvertently thrown in two different military ranks on top of each other, and decided to steer into the skid. I do know that I got pretty lucky, finding spans that clicked with each other within a few tries, and from there I fought my usual angsty longing for the crunchiest fill imaginable, in favor of clean, crisp, and light on the word putty. Whether I succeeded on that count, I have no idea, but there's nothing that makes me cringe for a change, so I'll take it.

It would have been nice for the ranks to appear in proper order, with GENERAL at the top and PRIVATE at the bottom, but, well, beggars, choosers, and all that.

Jeff Chen notes:
Dazzling clue alert! [Country superfans] had me puzzled, making it tough to break into that middle triple stack. What a delight to ... read more

Dazzling clue alert! [Country superfans] had me puzzled, making it tough to break into that middle triple stack. What a delight to first figure out it started with a rare letter, J — not often that a rare letter anchors a triple-stack.

And then an even bigger pleasure to realize I'd been duped. Not a country music star like I'd been worried about, given my terrible knowledge of pop music. Country, as in nation! I'm not sure how common the term JINGOISTS is, but I don't care. What a great misdirect. 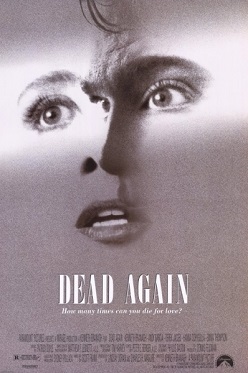 Solid triple-stack. None of them is as brilliantly clued as JINGOISTS, but MAJOR LEAGUE GAME, PRIVATE PRACTICE, GENERAL AUDIENCE are all good. I wish at least one of them had been given a wickedly clever wordplay clue – PRIVATE PRACTICE seems ripe for one. Something related to the army?

Hey, wait! Hold on just a second! (I admit, I skimmed over Adam's note, missing his point entirely at first.) MAJOR, PRIVATE, GENERAL? Okay, that's cool. Triple-stacks have been done to death, so they have to have fantastic entries to make them stand out. I'd never considered an alternate way to achieve stand-out-itude. How is it even possible to get three army ranks in a stack? That's an impressive feat.

I was revving up to grumble about the usual issues with triple-stacks; especially the gluey bits holding them together: APA, MCC (CD = 400, x3 = 1200 = MCC), and the terrible EEE. EEG TEST is a weird phrase, too, usually seen as just EEG. But heck, in the service of something cool, I can give that all a pass.

I'd have liked a little more zing in the other long slots. TABLE TOPS and GOOD SENSE are good, but AT THE ALTAR (feels like a partial) and RESTORED ain't gonna win any awards.

DEAD AGAIN was a well-made movie, but it literally didn't win any awards. At the time, I thought it wuz robbed. But I'm not sure it has staying power within the crossworld.

I hope other solvers figure out the mini-theme, because that was memorable. Along with the brilliant clue for JINGOISTS, I was thoroughly entertained.

Answer summary: 5 unique to this puzzle, 6 unique to Shortz Era but used previously.