Rows: 15, Columns: 15 Words: 76, Blocks: 38 Missing: {XZ} Spans: 2 This is puzzle # 4 for Mr. Rothlein. Jeff Chen's Puzzle of the Week pick. NYT links: Across Lite PDF
Lewis Rothlein notes:
My three other NYT puzzles have also been Thursdays, as is the one in the queue, but don't pigeonhole me just yet! Regarding this ... read more

My three other NYT puzzles have also been Thursdays, as is the one in the queue, but don't pigeonhole me just yet! Regarding this puzzle, when a search showed that while BACK TO SQUARE ONE has been done as a theme before, but not like this, I was happily surprised. Will, Joel, and Sam gave terrific suggestions for improving this — what keen eyes they have!

I liked the pairs that showed up: Famous middle names (ALVA, WALDO), enclosures (PEN, CAGE), and things in locks (OAR, KEY). Some theme answers left on the cutting room floor: MOUTH TO, SEA TO SHINING, EYE FOR AN, NEVER SAY, LIVE AND LET, SUNDAY BLOODY, FOOD GLORIOUS, and an outlier that I secretly love — TORA TORA.

I thought of the theme while walking my dog, who has no idea how much he helps me come up with puzzle ideas and clues.

Jeff Chen notes:
My admiration for this puzzle grew as I studied it. (And as Jim politely nudged me.) At first, it didn't seem to have enough of ... read more

My admiration for this puzzle grew as I studied it. (And as Jim politely nudged me.) 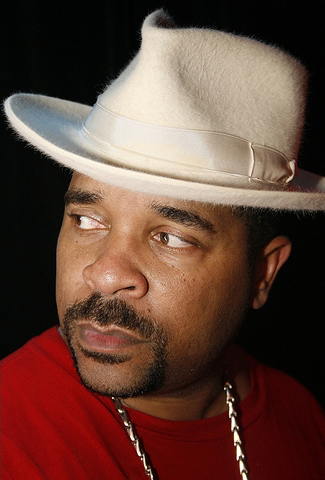 At first, it didn't seem to have enough of a reason to be a rebus. There have been so many of them over the years that you need a great raison d'etre. Couldn't you do the same concept with single letters?

(Well, no. SQUARE ONE is a single square. So if you're going to use repeated words, not letters …)

Ah. Well then. Why those particular phrases? Granted, they are all colorful; jazzy. But there are dozens of them out there.

(Besides the ones Lewis mentioned, what other ones can you think of?)

Huh? LOTS OF THEM! Like … uh … TIME AFTER TIME! Take that, Canadia!

I have MANY others. I just don't feel like revealing them. What others do YOU have?

(You know that Canada is to the north of America, and—)

Double bah, back to the puzzle! I appreciate when rebuses introduce fresh phrases that aren't usually seen in 15x15 grids. Awesome use of a 20-letter one, YOU CANT TAKE IT WITH YOU, to match BACK TO SQUARE ONE. DO AS I SAY NOT AS I DO is something I tell newer constructors all the time. And BOND … JAMES BOND is so evocative.

And great bonuses. SNAKE OIL matching ANACONDA, plus CONEHEAD, ON SILENT, BAIL BOND, YES WE CAN, TWO TERM. I had reservations about the JAMES BOND / BAIL BOND dupe, but they're different enough meanings that I let it slide.

As for KOPF NGO ONEA SALA TRE, they collectively made for not as elegant a solve as I like, but it's a reasonable trade-off for all that sparkling long fill.

A wealth of clever wordplay clues, too. [House rules may not apply here] for the SENATE? So innocent, so wickedly smart.

It's rare that I give a POW! to a rebus puzzle, as rebuses generally feel a bit lazy to me; constructors not able to come up with good single-letter ideas. So it's high praise for Lewis. Strong idea and entertaining solve.

Answer summary: 5 unique to this puzzle, 1 unique to Shortz Era but used previously.

There are 15 rows and 15 columns, with 0 circles, 4 rebus squares, and 4 cheater squares (marked with "+" in the colorized grid below.)