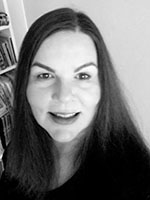 Rows: 21, Columns: 21 Words: 140, Blocks: 78 Missing: {JQXZ} This is puzzle # 211 for Ms. Gorski. NYT links: Across Lite PDF
Elizabeth C. Gorski notes:
Frantic question overheard in my building lobby more than a few times: 'Where'd I park the car?' This puzzle was inspired by and dedicated to Alternate Side Parking — the NYC ... read more

Frantic question overheard in my building lobby more than a few times: "Where'd I park the car?"

This puzzle was inspired by and dedicated to Alternate Side Parking — the NYC tradition that drives semi-clothed New Yorkers to their cars at strange hours in search of a parking space.

What do these folks do while wait? They drink coffee, talk on the phone and solve crosswords. I am sure that these folks will swing into high gear and crack the thematic code in no time flat: names of car models sit atop circles that contain the letter O. That's where the rubber hits the road — the solver is asked to inflate each circle with an O and imagine a tire.

Yeah, that's right. I'm making puzzles with tires. For car owners, this should be right in their wheelhouse. For those who don't own cars, I hope the gimmick doesn't fall flat.

But just to be fair, I (someone who doesn't own a car but who makes puzzles while listening to "Car Talk") made sure that the puzzle rolled off the assembly line with something for everyone. The cars are made by different manufacturers and parked in themed entries that have nothing to do with cars. If you're like me (someone who knows nothing about cars) you can still solve the puzzle!

One last question: Did you find your car in the puzzle?

I hope you enjoy the solve today. And if the puzzle drove you up a wall ... you know that's music to my ears.

Jeff Chen notes:
I absolutely loved the concept behind this puzzle. It's a rare person that can come up with something I've never seen before, and when it comes to a visual element, it's the amazing Liz ... read more

I absolutely loved the concept behind this puzzle. It's a rare person that can come up with something I've never seen before, and when it comes to a visual element, it's the amazing Liz Gorski more often than not. Each of the themers today are cars hidden in longer phrases, and each car is resting beautifully on two "wheels" (check out the grid below if you missed this)! How cool is that? And as if that weren't enough, all the letters inside the wheels are O's. Loved, loved, loved it.

Liz does such a nice job of choosing themers and hiding the cars within. CIVIC PRIDE, what a nice phrase, and without a hint that it's camouflaging the Honda CIVIC. Even down to the Subaru FORESTER within CS FORESTER, that's beautiful stuff.

And some of the clever clues, dynamite. [De-file?] for ERASE was so nice. [Ones who are the talk of the town?] for CRIERS? A puzzle chock full of these would put me in heaven.

Jim and I had a good conversation this week, and I mentioned that I almost gave my POW to Liz for this beauty, but I had a hard time with OPTIMA CARD, which stuck out as not nearly as good as the others. Plus, even given the constraints, there was a bit too much of the BAAL, SLYE, ME ON, YEO, OTIC, TOPOL, TO YOU, etc. for me. I realize that much of that kind of crossword glue was largely all due to the wheel O's, but I had a hard time with the sheer quantity of it. Jim's reply struck me as so elegant that I asked him if I could repeat it here:

"Here's an analogy I haven't yet mentioned in public writing but I keep thinking about. When I look at a painting in an art gallery, the fineness of the brushstrokes and the correctness of the proportions are interesting, but I when I think, wow, that's beautiful or strange or insightful or compelling or I have some other strong emotional reaction, those technical details never affect my appreciation (or not) of the painting. The nude in La Grande Odalisque by Ingres is anatomically unlikely but few would argue that she doesn't belong in the Louvre."

I have a hard time disconnecting my constructor/solver's brain, unable to avoid looking at the little flaws and tics. I wish I were able to forget about it all and just look at the big picture. I would imagine it's an incredibly beautiful way to look at life in general, one generating a abundance of happiness. Something I will aspire to.

So overall, it really was a beautiful puzzle. Jim sums it up best: "Liz has a visual sense of the possibilities of a crossword puzzle that nobody else seems to have. She sees pictures." Hear hear!

Answer summary: 12 unique to this puzzle, 3 unique to Shortz Era but used previously.

These 85 answer words are not legal Scrabble™ entries, which sometimes means they are interesting: