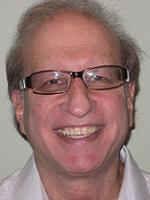 I had just seen "Something Rotten!", a very funny Broadway musical, and I was looking to do something to commemorate the upcoming 400th anniversary of Shakespeare's death.

The theme came to me when I realized that FRIEND OF MERCUTIO (where FRIEND later became COMRADE) included the name ROMEO. Coming up with other answers and getting this puzzle accepted was a struggle. My original submission had a few themed answers Will and Joel felt were either contrived (OPHELIA'S COMPLEX SUITOR, anyone?) or hid characters with only four letters in 21-letter answers (e.g., VILLAIN UNDOING OTHELLO). They liked the concept, though, so I focused on shortening the answers and adding some 5, 6 and 7-letter characters. I stuck to Shakespeare's more popular plays and Will/Joel offered a lot of feedback along the way. Finally, deleting SHAKESPEARE as an answer, which I did at the very end, makes for more of an "aha" moment.

Jeff Chen notes:
I read through the notepad a few times and still didn't understand what it meant, so I dove right into the solve. It's quite a clever idea — BANQUET GHOST describing Banquo, e.g. ... read more

I read through the notepad a few times and still didn't understand what it meant, so I dove right into the solve. It's quite a clever idea — BANQUET GHOST describing Banquo, e.g. — so I wish there had been a clearer way of phrasing the notepad. Or working something right into the clues! Unfortunatey, I couldn't think of anything more self-explanatory. 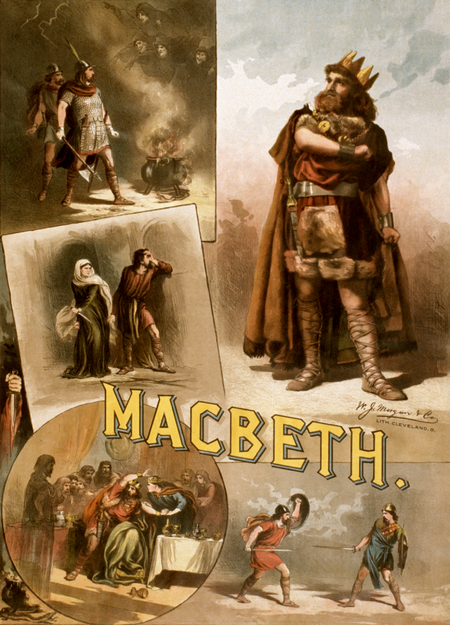 I enjoyed reading David's note, and I agree that not having SHAKESPEARE as a revealer makes it more fun. I actually couldn't place Banquo (he's from "Macbeth"), so it took me a while to realize that all these people IN CHARACTER were Shakespeare's. I like the consistency.

Some of them I enjoyed more than others. LEAR inside ELDERLY MONARCH is nearly perfect! Casca as a SCHEMER AGAINST CAESAR is descriptive. MACBETH in MACABRE THANE was perhaps my favorite, because I appreciated the degree of difficulty — to David's point, it's easy to fit in four letters if you have a long enough entry. To get the seven letters of MACBETH within a 12-letter entry is pretty darn amazing.

COMRADE OF MERCUTIO pales in comparison to FRIEND OF MERCUTIO, though. I imagine David had to resort to this due to crossword symmetry requirements. Very unfortunate. (Perhaps one day historians will uncover Shakespeare's Russian period?) And UNHAPPY MALCONTENT does describe Hamlet, but doesn't it describe maybe half of all Shakespeare's characters?

David does a nice job with this grid. As with most any Sunday-size 140-worder, you're bound to get some AGS (Attorney Generals), IT IN (connecting it with LEAVE, so far away, almost makes it worse for me — and LEAVE IT IN isn't a particularly colorful phrase), NEOS, A PAT, etc. But he does well with his long bonus fill, spreading the goodness around the grid: ORRIN HATCH, AUTOSTRADA, VOICE ACTOR, and ONLINE CHAT are four great entries, really boosting the quality of my solve. GO ROGUE, FATCATS and IM RICH! helped as well.

The idea was really nice here, and if 1.) the notepad / cluing had been better, and 2.) all the examples were of the same quality as MACABRE THANE, it would have been an easy POW choice for me.

These 64 answer words are not legal Scrabble™ entries, which sometimes means they are interesting: