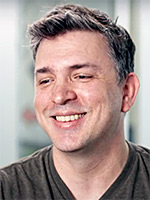 Rows: 21, Columns: 21 Words: 142, Blocks: 77 Missing: {JQZ} This is puzzle # 12 for Mr. Newton. Jeff Chen's Puzzle of the Week pick. NYT links: Across Lite PDF
Jeremy Newton notes:
My first 'Upsides' submission was a 15x15 grid. Will Shortz said he really liked it, but he pointed out a glaring flaw. The Across answers along the left side were actually scaling *down* ... read more

My first "Upsides" submission was a 15x15 grid. Will Shortz said he really liked it, but he pointed out a glaring flaw. The Across answers along the left side were actually scaling *down* the wall, before continuing to the right. Like with STUNG hiding STUNGUN, here:

I'd convinced myself early on in construction that my left-side Across answers were climbing, in that they were *overflowing upwardly* against the wall. I immediately saw the goof when Will said he didn't understand the left side. So, back to the grid, I made sure the direction you'd read the climbers was going up:

But fixing the left side was insurmountable in a 15x15 grid, so I upgraded to Sunday-size. Which meant the chance to expand some climbers into longer, juicier answers. As well as smooth over some of the subpar fill from the smaller grid.

The southeast DIARY formation was the first set of climbers to go in, interlocking relatively fast. By far, the WARTS group in the opposite corner was the most difficult to nail down. I guess it's easier to start with the back parts of answers? The most enjoyable construction challenge was getting the TETON climbers to avoid repeated words. NO TAX, NOT EVEN A LITTLE, NOTE TO SELF were carefully chosen as to not share the same beginning word.

Really pleased how this turned out. Hope the solve was fun and a nice mystery!

Jeff Chen notes:
As a crossword commentator, I live for days like today. I initially was disgruntled by (what I thought were) gibberish rebus squares all along the walls of the puzzle. On my average solver ... read more

As a crossword commentator, I live for days like today. I initially was disgruntled by (what I thought were) gibberish rebus squares all along the walls of the puzzle. On my average solver days, I would have set it aside without another thought.

Thank goodness I analyzed it afterward, because what an amazing a-ha moment! It's my favorite puzzle of the year in any venue so far, and I hope to convince any haters out there why it's so incredible. I struggle to think of a single puzzle in the past several years that I've liked better.

Like me, there will be many solvers out there who entered "STRAW" in the first square, "STRA" in the one below it, "STR" in the one below that, etc. Made no sense why [Targets of some cryosurgery] was a bunch of nonsense rebus squares. It took me a couple of minutes to realize that each of these answers is literally CLIMBING / THE WALLS, i.e. the STRAW of STRAW BALE actually starts at the square marked "30"! Similarly, that square starts the STRA of STRAINED, and the STR of STRONG DRINKS, all "borrowing" from the WARTS entry. Sometimes a puzzle is awesome from a solver's perspective, sometime it's incredible from a constructor's view, but rarely do I find both in spades. The aspect I appreciate the most as a constructor is that Jeremy found a way to innovate without relying on rebus squares — squishing multiple letters into a single square in different ways. Jeremy's approach of using a "turning answers" approach to the nth degree is amazing, all while sticking with a single letter in each box.

And the technical challenge of it! Sure, each of the six instances is somewhat separated so he could build each one independently, but he still needed to stick to crossword symmetry. To balance STRONG DRINKS with DIGESTIVE AID, and NOT EVEN A LITTLE with TASMANIAN DEVIL … I did figure out how to arrange things to get some computer assistance, but it's still a wickedly difficult task to pull off so cleanly.

As if all that weren't enough, Jeremy keeps at it with great mid-length fill like ME FIRST, SCRAP HEAP, HAS A SMOKE, etc. Pure RAPTURE on my part.

I can't remember when I've been this elated to have the chance to gush about a crossword. I've always looked forward to seeing Jeremy's byline, and this enforces my notion that he's one of the best in the business.

This puzzle has 17 unique answer words.

It has 4 words that debuted in this puzzle and were later reused:

These 58 answer words are not legal Scrabble™ entries, which sometimes means they are interesting: