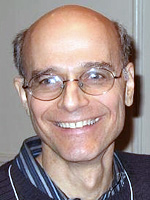 Rows: 21, Columns: 21 Words: 134, Blocks: 66 Missing: {JQVZ} This is puzzle # 112 for Mr. Arbesfeld. NYT links: Across Lite PDF
Jeff Chen notes:
Add-some-letters puzzle, DIS appended for kooky results. (DIS)BAND ON THE RUN provided some fun imagery, as did TABLE OF (DIS)CONTENTS. Sure, the latter really ought to be 'malcontents,' ... read more

Add-some-letters puzzle, DIS appended for kooky results. (DIS)BAND ON THE RUN provided some fun imagery, as did TABLE OF (DIS)CONTENTS. Sure, the latter really ought to be "malcontents," but sometimes kooky theme answers can get by with a lot of leeway. 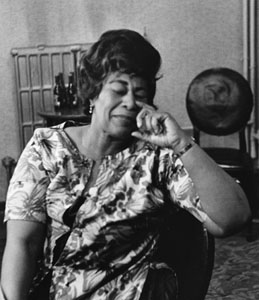 Humor is so tough to figure out, so specific to each individual. (DIS)CREDIT CARDS doesn't feel very funny to me, but I suppose it is a big transformation from CREDIT CARDS, which is nice. ELLA (DIS)ENCHANTED didn't do a whole lot for me either. I usually avoid these theme types as a constructor, because my sense of humor is often pretty different than Will's. Or most people's, for that matter.

Alan again dips into the very low word count territory. You can see on our list of lowest word count Sunday puzzles that Alan's name appears quite frequently. I think he has more success today than in previous ones, giving us such goodies as PROBOSCIS and MIXED MEDIA. Even PUERILE is a fun word (says the kid in me.)

I'm generally not a fan of low word count Sundays though. Since it's almost inevitable to require some gluey bits when building a 140-word puzzle, I think it's near impossible to get a 134-word grid to the point where I don't get bothered by all the AT YA, FMS, ATIC, SOR, etc. strewn about the grid. And to have a precious seven-letter slot taken up by HURTERS? That word is a hurter to my ears.

I did appreciate the challenge in solving the big SW and NE corners — those were fun. The NE was a great experience, rewarded by finding a BATBOY and some trivia that the Michelin Guide only goes up to THREE STARs. Cool!

Not as rewarding to fight the SW, only to realize that the last square I struggled against was inside APEAK. Yikes.

And perhaps I need to brush up on my cultural references, but I worry that I won't be the only one blanked by the crossings of ARRAN / OLAND / SELENE / DE SICA up north. Three intersections, all three of which I guessed wrongly on, made for an unsatisfying finish.

So, the ultra-low word count experiment continues, with a mix of effects.

Jim Horne notes:
Jeff's right, humor is personal. I found these amusing. We've seen similar ideas before, and in fact three of the theme answers are identical to puzzles past: these two in the same grid ... read more

Jeff's right, humor is personal. I found these amusing.

We've seen similar ideas before, and in fact three of the theme answers are identical to puzzles past: these two in the same grid from 2009, and this one from 2006. But wait, there's more! This crossword from 2008 has the same theme but with all different answers. Some ideas are rich and thick enough to invite recycling.

These 68 answer words are not legal Scrabble™ entries, which sometimes means they are interesting: