Author:
A Namesake of 119-Across
Editor:
Will Shortz
Victor Fleming 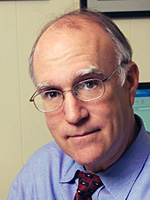 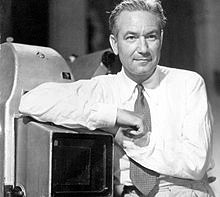 At the age of six, watching the credits roll after the annual TV airing of The Wizard of Oz, I saw "Directed by Victor Fleming" on the screen. "Mother," I shouted, "my name's on TV." She looked up from her knitting, but it was gone by then. "Uh huh," she said. I knew she thought that I'd imagined it. Neither my parents nor any of their friends were movie buffs, and my efforts to find someone who would vouch for what I'd seen on the screen were futile. I had to wait a year to prove I was right!

I've used my name once before in a puzzle — a Thursday Themeless in the New York Sun, in September 2004. Symmetrically juxtaposed to VICTOR FLEMING was the answer CHAMP AT THE BIT, for a synonym mini-theme.

Back to the puzzle at hand: Nine theme answers, with two crossing and a total of 97 letters, felt reasonable, vis-à-vis the universe of titles directed by the honoree. Will helped a bit on this after my first draft needed revising. I don't remember the specifics, but he suggested a film that was not in my original lineup. It was either Red Dust or Bombshell. He also rewrote about half my clues. Okay, 60%. Would you believe 65?

I wanted phrases and compound words for the theme, and I think Will did, too. That ruled out Adventure, Hula, Reckless, Renegades, Mantrap, and The Virginian. And some of Fleming's early work is not known at all, e.g. The Mollycoddle, Mama's Affair, Red Hot Romance, Empty Hands, and several others. I hated not to use Treasure Island, Captains Courageous, and Dr. Jeckyll and Mr. Hyde, because those titles are well known, if only from the novels that bear the same titles.

I admit to being self-indulgent in this puzzle. But c'mon, man! Victor Fleming directed 40+ films over a 29-year period. And his 125th birthday fell on a Sunday! How could I not make a puzzle about this?

Jeff Chen notes:
I can't help it — I love it when people break rules. These days so many things have been done before that it's pretty difficult to find a completely new way of breaking a crossword ... read more

I can't help it — I love it when people break rules. These days so many things have been done before that it's pretty difficult to find a completely new way of breaking a crossword rule. But Judge Vic does it today, integrating his own name into the puzzle, while hiding his identity in the byline. Neat idea.

I hadn't heard of the other Victor Fleming or some of the movies referenced today, so this puzzle played hard for me. I can totally see how many will find this puzzle a "classic" though, especially considering how prolific Victor Fleming (the movie director) was — jaw-dropping to read up on him and see how many great movies the man directed.

I really like it when we see a constructor's personality come through in a puzzle. Really neat to have two Supreme Court appointees at the top of the puzzle (ROBERTS and ALITO), clearly a nod to Judge Vic's profession. (Judge Vic is a judge, if that wasn't clear.)

Some nice fill today, what I would expect from an experienced constructor. Not a lot of ugly short stuff, plus some beautiful entries like STUDENT ID and SHEEPDOG, not to mention CAR STEREO and SOLIPSIST worked in the across direction. The layout was a bit unusual, having nine-letter fill worked in like this. Hmm, to that point...

I did like learning facts today, but I would have preferred a layout that made the theme answers stand out a little better. Granted, it's hard to do that when some of the themers are short, like RED DUST. Perhaps grouping the themers in single rows would have helped? RED DUST and A GUY NAMED JOE could have been in a single row, for instance. Even just switching the two down-oriented theme answers into the across direction might have helped. It is sort of neat that RED DUST intersects BOMBSHELL (and LORD JIM crosses JOAN OF ARC) but I felt like the confusion wasn't worth the neatness factor.

Fifty years from now, another JEFF CHEN better write a puzzle about me (listing all of JEFF CHEN's Nobel Prizes, including in three categories devised just for him, including the Nobel Prize in Mediocrity). Young constructors, get cracking!