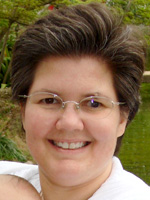 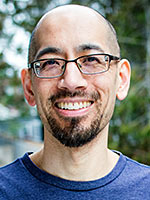 Rows: 21, Columns: 21 Words: 140, Blocks: 81 Missing: {KZ} Grid has mirror symmetry. This is puzzle # 4 for Ms. Leuschner. This is puzzle # 36 for Mr. Chen. NYT links: Across Lite PDF
Constructor notes:
ELLEN: I enjoy working with Jeff Chen immensely. It is always fun to brainstorm ideas, and I appreciate Jeff's willingness to help other constructors. Sometimes it's hard to know ... read more I enjoy working with Jeff Chen immensely. It is always fun to brainstorm ideas, and I appreciate Jeff's willingness to help other constructors. Sometimes it's hard to know what "tricks" will fly with an editor. Having a seasoned constructor help navigate the crossword world is a huge benefit. Two heads and all that. Plus, it's more exciting to share success with someone else.

The starting point for this puzzle was Patrick Berry's puzzle from March 9, 2008. Mr. Berry's puzzle was a little too complicated for my brain, but the idea of having answers branch in two directions led us to the "decision tree." Jeff ultimately built the grid skeleton for this puzzle. Thank goodness. It was quite a challenge, but in a good way. We only have seven theme entries, but they sure take up a lot of space. I kept trying to shove in one more with GIVE ME LIBERTY OR GIVE ME DEATH, but it just wasn't reasonable to do so. From idea conception to submission, this puzzle took around three months.

If you haven't read Stockton's THE LADY OR THE TIGER, you can find the entire text online. It's a quick read, and a great short story.

I have (too) many hobbies, but creating crossword puzzles is the only one that makes me any money. Let's see ... $ computer software + website and newspaper subscriptions + (books used in research * n) = well, maybe not a huge profit, but I think I'll keep at it anyway.

My sister's birthday is tomorrow, so Happy Birthday, Paula!

Jeff Chen notes:
Ellen has such patience with me. I think it's important to brainstorm dozens, perhaps hundreds of ideas in order to come up with something I feel is really NYT-worthy. We went back and ... read more

Ellen has such patience with me. I think it's important to brainstorm dozens, perhaps hundreds of ideas in order to come up with something I feel is really NYT-worthy. We went back and forth and back and forth, trying to come up with a few good Sunday ideas, and each time, a promising idea came up just shy, or we decided that it just wasn't good enough. Weeks, maybe months of headbanging.

But when Ellen proposed this little idea in a short email, I felt sure there was something to it. I worried we wouldn't be able to come up with enough instances that fit the pattern perfectly, but Ellen came back shortly with a promising list. Turns out a computer science background and some query skills comes in handy! I added a few more, we finalized the selection, and off we went.

The grid design was incredibly challenging, and it looked like it was going to be a bear to fill, given all the crossing constraints. We originally tried using standard crossword symmetry, but all the theme answers branching downward made that very difficult. (It might have been possible if we didn't have the theme answers in symmetrical locations, but that felt inelegant.) Mirror symmetry made the layout much more feasible, and also let us place the themers (at least their first halves) in spots of symmetry.

But after putting together a draft skeleton, we weren't sure it was going to fly, given all the crossing constraints. I took a tenuous pass at filling one tiny little section to see if the entire thing was feasible, and after maybe ten hours and many hundreds of hairs pulled out, I emerged victorious. Ka-ching!

Then Ellen politely mentioned that I had entered IS IT REAL, not IS IT LIVE. Into the circular file.

Several dozen iterations later, passing the file back and forth, going cross-eyed with frustration, we emerged from the long, dark tunnel. At revision 43j, it's not the most work I've put into a single puzzle, but it's pretty close.

Answer summary: 10 unique to this puzzle, 3 unique to Shortz Era but used previously.

There are 21 rows and 21 columns, with 0 circles, 0 rebus squares, and 6 cheater squares (marked with "+" in the colorized grid below.)

This puzzle has 10 unique answer words.

These 66 answer words are not legal Scrabble™ entries, which sometimes means they are interesting: