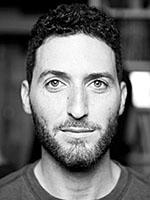 Rows: 15, Columns: 15 Words: 76, Blocks: 36 Missing: {BFJ} This is puzzle # 9 for Mr. Raymon. NYT links: Across Lite PDF
Daniel Raymon notes:
This theme is a pretty simple one — I just needed to find phrases that had a word starting with the SK sound, and switch it to ... read more

This theme is a pretty simple one — I just needed to find phrases that had a word starting with the SK sound, and switch it to SQU. But easier said than done. I would've liked it if all four started with the SK/SQU word, rather than just the first three, but these were the only phrases I could find. I still like the phrases a lot, and I guess that's why the puzzle was accepted. I also like the northwest and southeast corners, as well as SENSITIZED, DR. OZ, and most of the seven-letter words, especially NEWSIES.

Will Shortz notes:
In 'Wordplay' Trip Payne remarks that 'Q' is his favorite letter of the alphabet, and I agree. Q is a fun letter to build a theme ... read more

In "Wordplay" Trip Payne remarks that "Q" is his favorite letter of the alphabet, and I agree. Q is a fun letter to build a theme around, and the Q-related puns here are all pretty good.

Jeff Chen notes:
Nice theme, changing the SK to the SQU sound. I'm not sure why I found the theme answers so amusing, but I still giggle when I think ... read more

Nice theme, changing the SK to the SQU sound. I'm not sure why I found the theme answers so amusing, but I still giggle when I think about SQUID MARKS. I recently read a middle-grade book about a young comedian who said K is the funniest sound in the alphabet, but I'd open that up to the SQU chunk any day.

The base phrases are so solid, too, more so than other sound-change puzzles from recent memory: SKID MARKS, SCARE TACTIC, SKIRT CHASER, GREAT SCOTT; each one an entry I'd be proud to include in a themeless grid. It's almost a shame to not include them into the puzzle as is, but luckily the morphed phrases are very amusing.

Dani* does something interesting with his grid today, including four 7-letter pieces of fill in the across direction. It's usually easier to break things up more, just counting on your downs for longer fill, but not always. Today, some mixed success. I really liked having TEASERS as a bonus, but the other three, OUTLAID, NEWSIES**, and THEISTS fell flat for me.

Let's look at NEWSIES and THEISTS. I'm sure a case could be made for both (if you're big into theater or religious studies), but I'd bet a majority of solvers would see both of them as average to lesser-than average entries. It's unfortunate that they sit in such constrained positions, giving few options at those locations. NEWSIES for example: it sits atop SQUARE TACTIC and intersects two nice long downs, GRADE A and MR SMITH. I'd almost rather it be broken up into two 3-letter entries, so it doesn't detract from the really good stuff around it.

And let me emphasize, there is a good amount of nice long stuff here. LANDSCAPER, SENSITIZED, Casey STENGEL, in addition to the aforementioned GRADE A and MR SMITH. But I tend to prefer when a high percentage of long fill is quality, even if that means that there isn't a huge quantity of it.

All in all, a funny sound-change puzzle that I much enjoyed. Often times, sound-change puzzles resulting in supposedly wacky phrases aren't nearly wacky enough for me, but this one did it for yours truly, still giggling like a wienerschnitzel at SQUID MARKS.

*Dani says his name is pronounced "Donnie" and is the Hebrew form of "Danny". Maybe I'll just go with "What up, D?"

**ADDED NOTE: Dani wrote that he loved NEWSIES (the movie) as a kid. I think good crosswords should elicit positive feelings from solvers, and this obviously does so for Dani. So perhaps I've underestimated NEWSIES. For any NEWSIES groupies out there, my apologies!

Answer summary: 5 unique to this puzzle, 1 unique to Shortz Era but used previously.