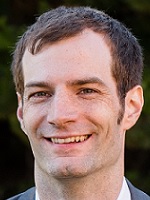 Rows: 15, Columns: 15 Words: 78, Blocks: 36 Missing: {QVZ} Spans: 1 This is the debut puzzle for Mr. DeLoriea. NYT links: Across Lite PDF
Alan DeLoriea notes:
This is my first NYT crossword, and I must say I feel honored to officially join the constructors' fraternity. It was a revelation to ... read more

This is my first NYT crossword, and I must say I feel honored to officially join the constructors' fraternity. It was a revelation to me that constructors were real people several years ago when I saw a familiar name in the byline, a competitor of mine at the San Francisco Scrabble club (I live in Portland now). She was kind enough to humor me and critique a puzzle I attempted at the time, one that was not of a standard for public consumption.

More recently, with additional solving and blog-reading years under my belt, I got the itch to try constructing again. The idea for this puzzle emerged from a different idea. I was brainstorming fun entries with colors in them and thought of the grid-spanning YELLOW BRICK ROAD. Shortly after that, of course, the song got stuck in my head ("Follow, follow, follow, follow, follow the YELLOW BRICK ROAD"). This made me think of Twitter, and TWITTER FEED, at which point I realized that I had stumbled on a more promising course for my puzzle to...follow. So I eased on down that road, and I like where it took me. I hope you like it too.

Alan gives us five things that can be followed, a DOTTED LINE, a GOOD EXAMPLE, the YELLOW BRICK ROAD, a TWITTER FEED, and an OPENING ACT. I particularly liked TWITTER FEED, as it has a fresh, recent(ish) feel to it, and it's a great phrase in itself. Nice to have a little something for everyone, too, what with YELLOW BRICK ROAD way back from Baum's 1900 novel.

I think this type of puzzle works best when the examples cumulatively cover a huge, varying range. Following a TWITTER FEED (paying attention to) is a different kind of "follow" than following the YELLOW BRICK ROAD (going along a path), but all the "follows" still feel a little too similar for my taste.

Also, follow a DOTTED LINE … at first, I thought nothing of it, but what does that mean? Some research shows it's probably referring to the dotted lines on a map? Like the dotted line Jeffy from "The Family Circus" traces in his delightfully wandering journeys? (Don't ask why I know so much about the Family Circus. It's not pretty.)

Five themers can be tough to fill around, and when you lock three of them into place, it can get even harder. With GOOD EXAMPLE / YELLOW BRICK ROAD / TWITTER FEED and DEBRIEF all knitted together, it's not a surprise that the center of the puzzle is the most difficult to fill cleanly. ONE B is a big glob of random crossword glue, and with FEB / FWD and NCO, it's a bit inelegant in there.

As much as I like DEBRIEF as an interesting word, I wonder if it would have been better to use some black squares to break that entry up at its two Es. That would have forced all sorts of changes in the black square pattern, so it's tough to say if it'd even work.

A couple of interesting bonuses in GOLD DIGGER and POP UP BOOKS, even EMOJI. EDDARD Stark is a great, tragic figure, and I'm sure glad Alan made all his crossings very gettable! These bonuses helped keep my attention through the solve.

Again, I love to see new constructors adding to the diversity of the NYT, so if you — yes YOU! — ever get the itch, drop me a line and either I'll give you a hand or connect you to someone else who can help.

Answer summary: 4 unique to this puzzle, 1 unique to Shortz Era but used previously.