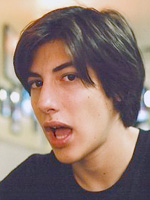 Rows: 21, Columns: 21 Words: 140, Blocks: 72 Missing: {QZ} This is puzzle # 31 for Mr. Madison. NYT links: Across Lite PDF
Jeff Chen notes:
Listing of code names for MAC OPERATING SYSTEMS. Although Caleb only gives us a subset (Yosemite, El Capitan, and Sierra are the three most recent ones), it's nice that he grabbed the ... read more

Listing of code names for MAC OPERATING SYSTEMS. Although Caleb only gives us a subset (Yosemite, El Capitan, and Sierra are the three most recent ones), it's nice that he grabbed the subset that are types of big cat. Not quite the full subset, in that Mountain Lion and Snow Leopard aren't in there, but since there's plain old LION and LEOPARD, we'll call it good. 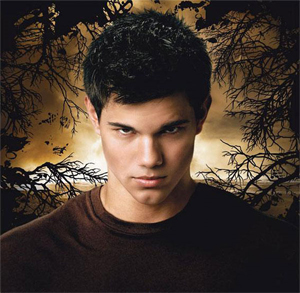 I liked some of the theme phrases more than others. LEOPARD PRINT is a great one, TIGER LILY disguises TIGER a little, and I enjoyed seeing the full JAGUAR XKE instead of the usual XKE used as crossword glue. That -RXKE ending is so awesomely weird looking.

PUMA SNEAKERS, on the other hand, felt like a phrase made up to fit the theme. And I'm sure there are diehard CHEETAH GIRL fans, but I wonder if they've achieved staying power, or if they've faded into obscurity?

For those not familiar with the GENIUS BAR, it's that place in the back of Apple stores where people under the age of 20 charge you hundreds of dollars to tell you your computer is broken. Zing! No seriously, they do a good job. (If an expensive one.) I didn't like having this as a piece of fill, as it muddied things up. It's not theme … but it sure smelled like it. Also, crossing I BAR felt iffy as a duplication.

Some nice bonuses, TEAM JACOB referring to the "Twilight" series. I kind of want to know if TEAM JACOB or Team Edward won … but not enough to slog through the mire of the books. (Don't kill me, Twihards!)

LARP (live action role-playing game) was fun, too. Jogging through a Seattle park past a guy hiding behind a tree dressed in full medieval armor wielding a wooden sword … I picked up my pace.

Not a fan of the HEMO, SOCIO, ESTE, OLEO, plural AMINOS, etc. kind of glue. Just shows how hard it is to put together a Sunday 140-word puzzle, given Caleb's high level of skill.

Caleb pushed the envelope as the editor of the now defunct Buzzfeed crossword, so I was hoping for something a little more when I saw his byline.

These 76 answer words are not legal Scrabble™ entries, which sometimes means they are interesting: