THAT'S ONE WAY TO PUT IT 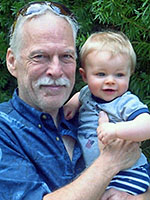 Rows: 21, Columns: 22 Words: 148, Blocks: 72 Missing: {QZ} Spans: 2 This is puzzle # 3 for Mr. Fisher. NYT links: Across Lite PDF
Robert Fisher notes:
My ears perked up when the radio announcer said with some fanfare that 'The following is an encore presentation.' A few seconds later I realized it was something I'd already heard. It was just a ... read more

My ears perked up when the radio announcer said with some fanfare that "The following is an encore presentation." A few seconds later I realized it was something I'd already heard. It was just a rerun! I thought that was like calling a used car a certified pre-owned vehicle. And then the penny dropped --maybe a crossword theme there.

After a final list of theme entries was settled on, designing and filling the grid proved to be very challenging. The long horizontal themers, including two 22-letter spanners, plus the fact that Will wanted them in a set order going from bad to increasingly worse events, greatly restricted options with fill. My first two attempts were judged to have too much unappealing dreck/glue. The third time around I started from scratch with an emphasis on keeping the fill as clean as possible and it finally made the cut. Whew!

Jeff Chen notes:
Not sure the best way of expressing this concept — mincing one's words? I've heard 'it's not a problem, it's an opportunity' countless times in the business arena, so it was fun to get a ... read more

Not sure the best way of expressing this concept — mincing one's words? I've heard "it's not a problem, it's an opportunity" countless times in the business arena, so it was fun to get a [Layoff] termed as a CAREER SHIFT OPPORTUNITY. (Note to self: think about adding "crisitunity" to my word list.)

I think these are meant to be not as much humorous as wry, so not many of them entertained me. Guess I'm looking for something more upbeat in my crossword than an alternative way to say [Dead]. I ended up with an error in PAST RETIREMENT instead of POST-RETIREMENT, but both of them made me feel uncomfortable.

Unusual these days to get a wide puzzle — 22x21, to accommodate ECONOMICAL WITH THE TRUTH and CAREER SHIFT OPPORTUNITY. (Most editors are fairly well constrained to work with 21x21.) It could be argued that the max word count should be allowed to float higher than the usual 140, perhaps proportionally to 146 or 147. But Sundays are so big to begin with that I'd rather see it kept at 140, to make sure solvers don't lose interest, what with so many clues to wade through.

Robert went up to 148, which did allow him to get the fill perhaps a touch smoother than average Sundays. Yes, there are SEHR API EFS SIE STET EDT HADA PLUMR LIMN, but that's not too bad for a Sunday grid.

What it didn't allow for though, is much bonus fill, which is so important in keeping my attention if the theme isn't achieving that purpose. There's not a single 8+ letter piece of fill, and those long slots are so important, much easier to make into colorful entries than 7-letter or shorter slots. I did like AL DENTE, RAT RACE, MACHETE, CHEAPOS, but that wasn't nearly enough for me.

Overall, a good seed of an idea, but none of the themers tickled me.

Answer summary: 7 unique to this puzzle.

There are 21 rows and 22 columns, with 0 circles, 0 rebus squares, and no cheater squares.