Rows: 15, Columns: 15 Words: 76, Blocks: 34 Missing: {JQZ} Spans: 2 This is the debut puzzle for Mr. Wrenholt. NYT links: Across Lite PDF
John Wrenholt notes:
When I told my wife that I was going to attempt to construct a puzzle for publication in the New York Times newspaper, I'm sure she ... read more

When I told my wife that I was going to attempt to construct a puzzle for publication in the New York Times newspaper, I'm sure she thought "No WAY." But I was determined and even after some rejections, I tried every WAY I could think of to come up with a creative and original theme. Can you believe that I submitted a puzzle that incorporated a haiku about poison ivy? It was rejected (rightfully so) with a note that read: "We thought the idea was interesting and different, but we ultimately felt that having a whole theme based on a malady like poison ivy would be a little too unpleasant."

It was time to try a new WAY of thinking. I got the idea for this theme when a game of cards ended in a THREE-WAY TIE. It seemed like it would be a good seed word to build a theme around. First, I checked the database on XWord Info to see if it had ever appeared in a New York Times puzzle before. It had not, although THREE-WAY TIE does appear on Jeff Chen's supplemental word list.

Looking through the same database turned up TWO-WAY RADIO and I knew a bunch of ONE WAY phrases so now I needed to find an interesting 4-WAY word. The only option seemed to be FOUR WAY STOP SIGN. Then an "aha" moment occurred, and I realized that 1 + 2 + 3 = SIX WAYS TO SUNDAY would work and also act as a revealer.

I hope that everyone is able to find a WAY to enjoy this puzzle!

Jeff Chen notes:
Debut! John goes out of his WAY to give us a sequence from ONE WAY OR ANOTHER, TWO WAY RADIO, THREE WAY TIE, to … SIX WAYS TO ... read more

John's explanation of 1 + 2 + 3 = 6 does make sense, but I wish it had been more clearly spelled out somehow in the puzzle. 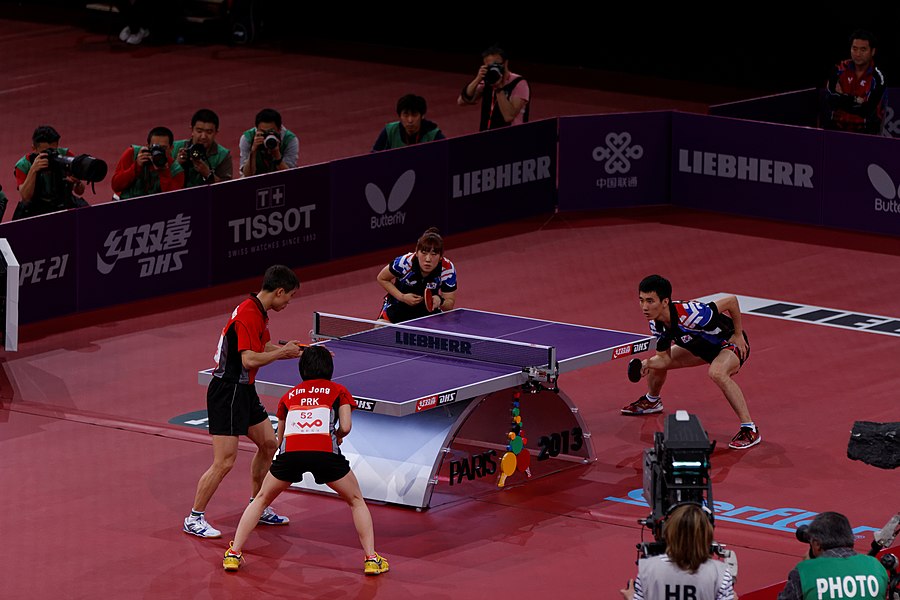 Nice gridwork, especially for a debut. It's hard to work in so much bonus material — WALLSAFE, PINGPONG, TOP SECRET (at the TOP of the grid!) and TREESTUMP with a funny beaver-related clue.

Usually, bonus fill is incorporated in the vertical direction, since this allows for more freedom and flexibility. TEABAGS and GET BUSY (admit it, you thought of the euphemism, didn't you? No? Oh. I didn't either.) are relatively easy to work into the grid, for example. Even though they each intersect two themers, there are a good number of black squares breaking things up in those regions. Easy peasy.

But look up at TOP SECRET. Stacking a long answer on top of a themer is not often done, because it forces so many sets of paired letters you have to work with: TO of STOP, ON of HONE, PE of OPEC, etc. It's true that you can put just about anything in that TOP SECRET slot, but you'll always have all those parallel constraints to work around. So it's great execution up there, what with nary a gluey bit.

The bottom does force the ugly EDUC, but what are you gonna do. It's the price of this sort of layout. Given that there were only a few other gluey bits in TYRE, OTRA, SEL, the overall result was pretty good.

The logic of the progression still doesn't sit quite right with me, but overall, I did like the gridwork execution. Neat to see a noob stretch to spruce up a grid like this, while still keeping all the short fill reasonably smooth.

These 29 answer words are not legal Scrabble™ entries, which sometimes means they are interesting: