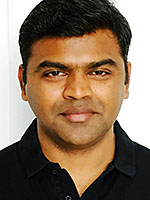 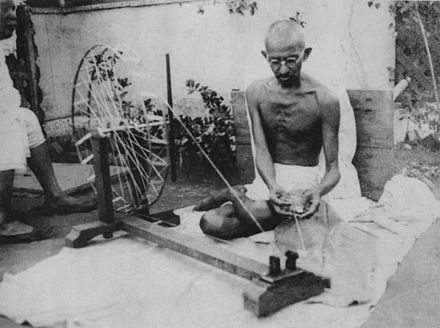 Before you email me, complaining that this puzzle makes no sense, let me explain why GHI are in a single square. Look at the revealer, GANDHI.

Well, okay, I don't get the rationale for rebusizing them into one square either, but sometimes you just gotta have a little faith.

I loved the Indian flair of the puzzle, not just playing on GANDHI but adding entries like DELHI and BRAHMA. Even ROTI, which I'd usually avoid since it's a toughie, is perfect for today.

I even wondered if BINDS should have been BINDI, with TSAR becoming TIER (and MATA to META). Why not go whole hog? Oh wait, lots of Indians are vegetarian. Go whole … cauliflower?

That should be a thing.

Mangesh asked me to help him with the grid (his first draft was more like a rough, rough idea of a draft), but he decided to go it alone when he realized that would mean sharing a byline. He made the right decision, producing a fine grid on his own. It's not audacious — most rebus puzzles have more (often far more) rebus squares than this — but it's a fair balance between theme density and clean gridwork.

GHI is also a tough sequence of letters to work with; not that many ways of hiding it. In some of Mangesh's early correspondence, he had stretched for things like HUG HIM, EGFHIJ, and LONG HIDDEN. I thought he was kidding at first! I do think there's more than enough possible material for a fourth rebus square, which would have felt much meatier — er, cauliflowerier? — but construction is all about trade-offs.

Overall, a solid nod to a great man. Much more enjoyable than the usual tribute puzzle. 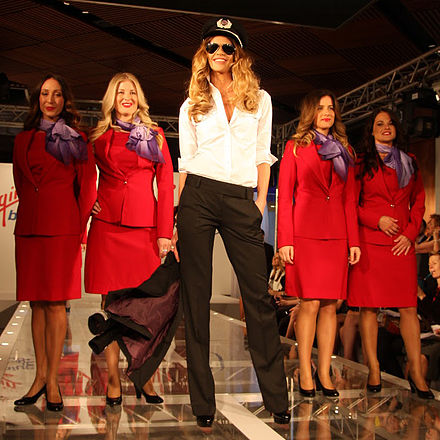 Funny how Jill and I had the same idea for last year's 4th of Jully puzzle, but we ended up with a much different execution.

JAY GATSBY, ELLE MACPHERSON, and WHY BOTHER are all great theme selections. But with so many options starting with YOU, I was let down by YOU ARE NOT ALONE. It's a fine statement, common enough. But not YOU BET YOUR LIFE? YOU DON'T SCARE ME? YOU SAID IT NOT ME? Just personal preference, but I think there was a lot of potential left on the table.

Generally solid execution, a pair of nice extras in ON ALL FOURS and PLUM TOMATO. ARSENAL as the English football club was cool, too, especially introducing a great nickname. How awesome, to be known as "The Gunners"!

I did hitch in the upper left corner, with ELAL (esoteric), IDYL (I'm used to the IDYLL spelling), ROOS (ROO as Pooh's friend is perfectly fine though), and then the awkward VETOER. If it hadn't been for that last one, I would have shrugged off the other three. But oof, those made-up sounding -ER words are hard on the ear. Precious mid-length slot, wasted.

Overall, fun to compare and contrast this theme/grid with the one Jill and I made. Although it's the same basic idea, I think there's more than enough room for both. Hopefully, the same general concept won't show up on July 4th, 2018, though!

Debut for Mangesh! If you haven't read his 2012 ACPT letter you're missing out. Great story about the power of crosswords not only to delight but to educate. I had the pleasure to meet him at that ACPT and enjoyed swapping stories.

And how can you go wrong working with the venerable Doug Peterson, an expert constructor and a hilarious guy? I'm envious of the fun times they must have had. Doug and Mangesh incorporate double-stacked 15's, using a black square to break up rows 1 and 15. That pair of squares may seem insignificant, but this arrangement is so much more flexible to fill than a triple-stack of 15's. The top stack is very nice, both phrases being in the language and catchy. There are a couple of blemishes in OBS, EDD, and TER but overall it's pretty good. PENNON was a bit of a head-scratcher, but I enjoyed looking that up and reminiscing about The Tudors and Game of Thrones.

One issue with stacks of 15's is that they don't leave much room for other feature entries in the grid. Note how aside from the 15's, there are slots for only six 8's. It's relatively hard to find fresh 7-letter (or less) answers, so there's not a lot of room aside from the 15's to incorporate more marquee answers. TO DIE FOR is, well, to die for, but there aren't many other flashy entries.

To Will's point about reuse of 15's in stacks, some of us constructors have a running joke about SCARLET TANAGERS and A LOT ON ONES PLATE, which have been used many times in themeless stacks. Anytime a crossword has a 15-letter answer with any sort of bird clue, I automatically fill in SCARLET TANAGERS. And if I don't want to do something, I'll say "Sorry, I have a lot on one's plate."

Finally, a highlight of the puzzle is the clue for NINJAS. What a fun piece of information! Watch as I activate my ninja powers and turn invisib