It looks like you're using an Ad Blocker. Please consider supporting our site by purchasing an account.
This web browser is not supported. Use Chrome, Edge, Safari, or Firefox for best results.
XWord Info Home Previous | Next | Author grids: Joe DiPietro | May 2014 grids | Variety: acrostic | Blog: Wordplay Fiend | FAQ | Donate 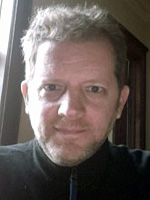 What a fun theme, common words and phrases reimagined in Irish ways. ANGIOGRAM becomes ANGIE O'GRAM and WILLOW TREES becomes WILL O'TREES, for example. Neat that Joe found nine of these, most all of which amused me. Not often that a punny type theme works for me, but this one did it. I mean, JEAN O'TYPING, that's brilliant!

Ah, the devilish constructions that are Sunday puzzles. Even going up to Will's maximum word count (140), 21x puzzles are almost never easy to put together. Long fill is not just a nicety but a requirement, given the specifications. I can understand that in some ways — it's awfully nice to get some long fill to spice up a grid — but boy does it make for a challenge. I liked PUT ER THERE and TOSS A SALAD quite a bit, but BIG IN JAPAN felt awfully arbitrary. I'm mixed on CLERKS TALE, which clearly is part of "Canterbury Tales," but I fear that opens up the floodgates for any of the 20+ tales.

Although I bet there's a hilarious joke if you smash up THE NUNS PRIESTS TALE and THE MAN OF LAWS TALE. A nun, a priest, and a lawyer walk into a ye olde alehouse...

Check out where WEINSTEIN sits below ANGIEOGRAM. Because of the word count maximum, long bits need to be incorporated in many places. I do like the wide-open look this subsection has. The INRI / EGAN / CESTA pileup did feel a little inelegant though. A tough trade-off; a very difficult task to place an entry as long as WEINSTEIN right in between two theme entries (same goes for the symmetrical spot, with the unknown to me PAPER LACE and the SAREE variant). An almost surefire way to create high constraints.

Sometimes I wonder if opening up the maximum of 140 to 144 (which is what Rich Norris allows at the LAT and Patti Varol allows at the Crosswords Club) might be useful. I do love me some long fill, but I also value smoothness of solve. I hate to admit how irked I get at little bits, but struggling for minutes and then revealing TOPEE / SCREED wasn't very satisfying.

So although I struggled a bit with the fill, I really enjoyed the theme. A clever interpretation of in-the-language phrases with amusing results.

This puzzle has 17 unique answer words.

These 69 answer words are not legal Scrabble™ entries, which sometimes means they are interesting: